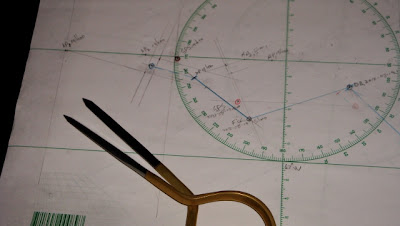 Late this afternoon, basically at dusk, we crossed the equator. Dawid was on watch, preparing dinner. Renier was having his afternoon nap before his stint of watchkeeping starting at 21h00. I was completing sight reductions for a running fix as close to the equator as possible. A very subdued crossing in a balmy afternoon. Perhaps better so, than having to cope with a bucking boat in heavy seas. Also, the conditions were conducive to some meditation. Like the words of the poem Recordatio (Yeats?) that go: 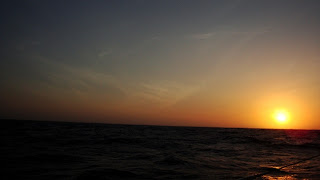 And one clear call for me.


And may there be no moaning of the bar


The words convey a wish by the poet for calm conditions and a quiet sleep to end his life. There was such a quiet this afternoon. We don't have a bar to cross, the boat creaks a nice medley of tunes. Ominous when the weather is bad. It was as if this crossing of the equator was akin to a rite of passage of some kind. Into the northern hemisphere, but also a mental crossing of a bar, a change of mind. Perhaps leaving behind old thoughts, bygone places, people and events. Certainly ideal conditions for a spot of quiet meditation and a cleansing of the mind. There is ample chance for meditation on a voyage like this, but today was rather special. 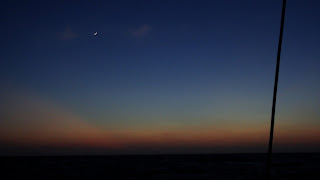 I have this growing sense of urgency in the back of my head. As if something is tlling me something. A vague feeling of deja vous. We are now into the fourth week of the second leg of our voyage, going on for a full month at sea. And there are small signs in everybody's behaviour patterns that tell me that we are entering into a phase of psychological fatigue. Nothing sinister or ugly, but small signs of forgetfulness. A portent of the crux of the voyage, these next few days.


And all the teaspoons are gone. Probably overboard with the dishwater. A sure sign of loss of concentration and neglect. The alarm clocks are starting to ring. I have seen this on the previous voyage at more or less the same stage. This can be debilitating to the harmony on board, let alone the ramifications on functionality on board. Like preparing food. The symptoms at present affects the logistics and may have far reaching effects if allowed to continue. 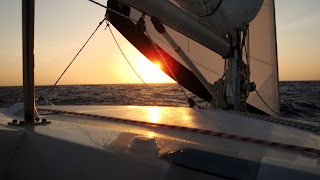 The navigation exercise was my last fix of this voyage in the southern hemisphere. I was rather hoping to get a fix very close to the equator itself, but this was not to be. Dead reckoning inaccuracies kept me from having a fix within one mile of the equator. The sun sights were spaced very close together, which gave me some good feedback on my sextant practices. So that took care of my celebrations of crossing the equator.

Renier had a peaceful crossing, travelling in the land of Nod. Perhaps his dreams carried him over gently, more gently than Dawid, who caught his first fish earlier this afternoon. He was still on a high while preparing dinner four hours later. He caught the fish shortly after he went for his middle of the day siesta. Renier had just completed preparing his lunch and was in the process of sitting down to eat when the fish took the lure. 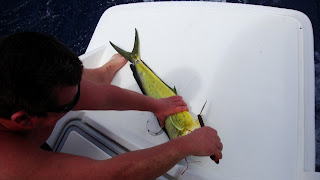 After a brief fight, the fish was returned to the water. We guesssed its weight to be around eight kilograms. Of course, there was the usual Papparazi in the person of myself to record this historic occasion. Now Dawid is highly psyched up for his next fish, which he hopes would be a large tuna. He still has these recurring dreams of mountains of sashimi.