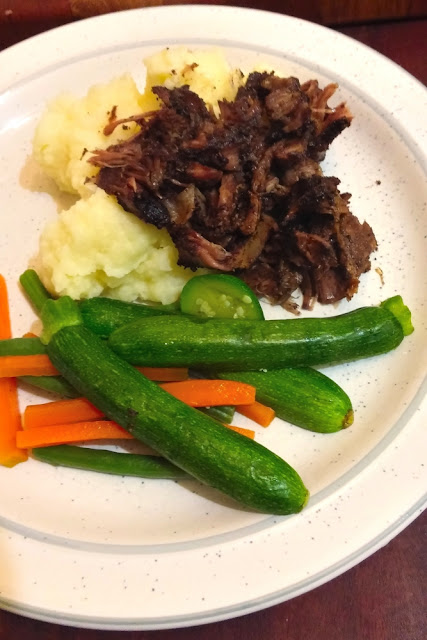 Having a small family is sometimes a hindrance to a food blogger. With just the missus and myself, things get tricky when thinking up new ways to prepare food, given the small quantity required.

The normal way around the problem is to invite friends or family over for dinner. However, that avenue has its own dangers, not the least of which is the cost of having a weekly “Come dine with me” episode playing off in your humble abode.

After some thinking and taking into account that I am under orders not to make another stewed dish, I came up with the idea of a slow roast. This one conjures up visions of a piglet, complete with apple in the mouth and so on. My humble budget does not stretch that far and I have this suspicion that most people do not have an oven that big anyway. 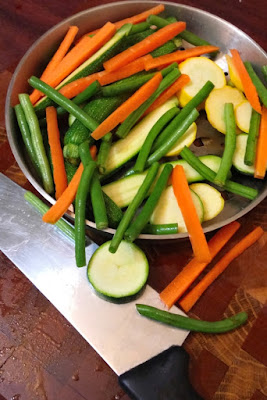 So, after some more reasoning, the idea formed that one can make a roast without having to buy a whole leg or shoulder cut. Chops will do if you stack them in a solid pile. One is then able to purchase only enough for the guests in the house, as you can buy chops in individual portions. Having said this, one should realise that the stack of meat  should be sufficiently bulky to resemble a whole shoulder, for example.

In my case I opted for the cheapest lamb or mutton chops I could lay my hands on. Shoulder and leg chops will do just fine. The reasoning is that  the slow roasting process will take care of any toughness anyway. 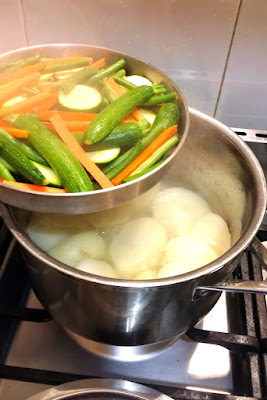 Having decided on the process and the cuts, the world is open for deciding on the style and flavours. If you have a tagine at hand, that will work brilliantly, the lid keeping the juices inside and allowing for a slow steaming process. I do not own such equipment, so I used a ceramic baking dish of suitable size. The dish has no lid, so I just covered it with some aluminium foil. A cast iron pot or saucepan will also do, as these come with a lid.

That takes care of your cooking utensils.

As for flavours, I decided on a Persian style spicing. I like the spicy flavours, but again I am under orders to prepare some less spicy dishes. This one has a perfumed spicing, very flavourful and quite rich. It goes well with the fatty meat cuts. The recipe is adapted from the book Persiana by Sabrina Ghayour. A welcome birthday present and addition to my library from my son and his fiance.

I was not able to find all the spices listed in the recipe, so I substituted some after some discussion with my local spice merchant. The lime powder was substituted with dried citrus peel.  This dried citrus peel is of my own making, being mandarin orange and satsuma peel that I dried in the oven, then blitzed in the blender.

Edible dried rose petals are also not really a part of the local cuisine, so I substituted rose water, which most larger grocers sell here in South Africa.


Sumac was something new to me, not having heard of it before. It turns out to be ground-up berries of the Anacardiaceae family of plants in the Rhus genus. Check it out on Wikipedia and on the Spice House web site. 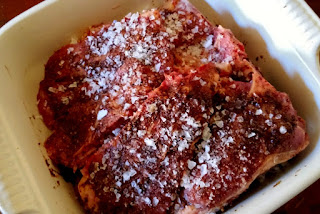 This dish was served with mashed potatoes and steamed vegetables. I kept the portions medium to small, as the meat came out very rich. You may want to make this dish when the neighbours are all at home; it will count as psychological torture! The  flavours emanating from the kitchen are really something special, as is the taste. 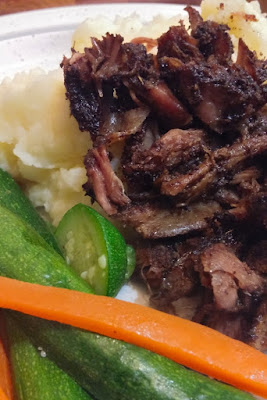 Mix the spices thoroughly, then add some oil to make it into a paste. Add the rose water and mix well. The spices will ensure that the rose water/oil mix does not separate. Cut the sinews and fat layers of the chops to stop them from curling up during the cooking process. Coat each piece of meat thoroughly and stack them tightly in the baking dish. Add some salt flakes between layers. Cover the dish with aluminium foil or put the lid on. Allow this to marinate for and hour or so. In this case you have lots of thin layers, so it is possible to overdo the marinating time.


Set the oven to 160°C/320°F and pop the roast in the oven for three to four hours. By this time the meat should be almost falling off the bones. No need to use a knife here, you flake the meat using two forks.

This I served with mashed potatoes and mixed vegetables steamed over the boiling potatoes. A simple dish  with lots of flavour and very little work in the kitchen. It gave me time to enjoy a glass or two of red wine with the missus.