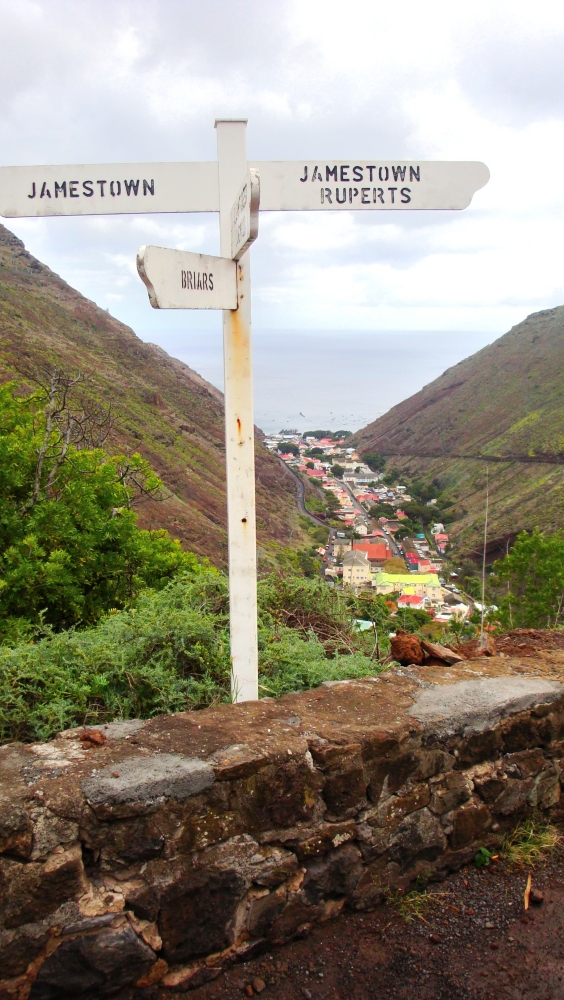 I was recently approached by a friend to participate in his campaign to participate in a long distance ocean race. Starting in the historic Simon's Town, the race then continues around the famous and awesome Cape Point and continues to the distant island of Saint Helena. One of the most remote places in the world. Only reachable by sea.

There is no airport on the island. However, this will soon be changed forever. Construction work on the airport is well under way.

So this opportunity knocks on my door. To sail in a race to this remote place, steeped in history.


I have been to the island several times, stopping there on the way across the Atlantic ocean. Not much to see on the island. Napoleon's house, the Anglo Boer War graveyard in the dell, Plantation House with the world's oldest tortoise. Interesting, but limited.

But the visit is not about the tourist attractions. It is about the getting there. 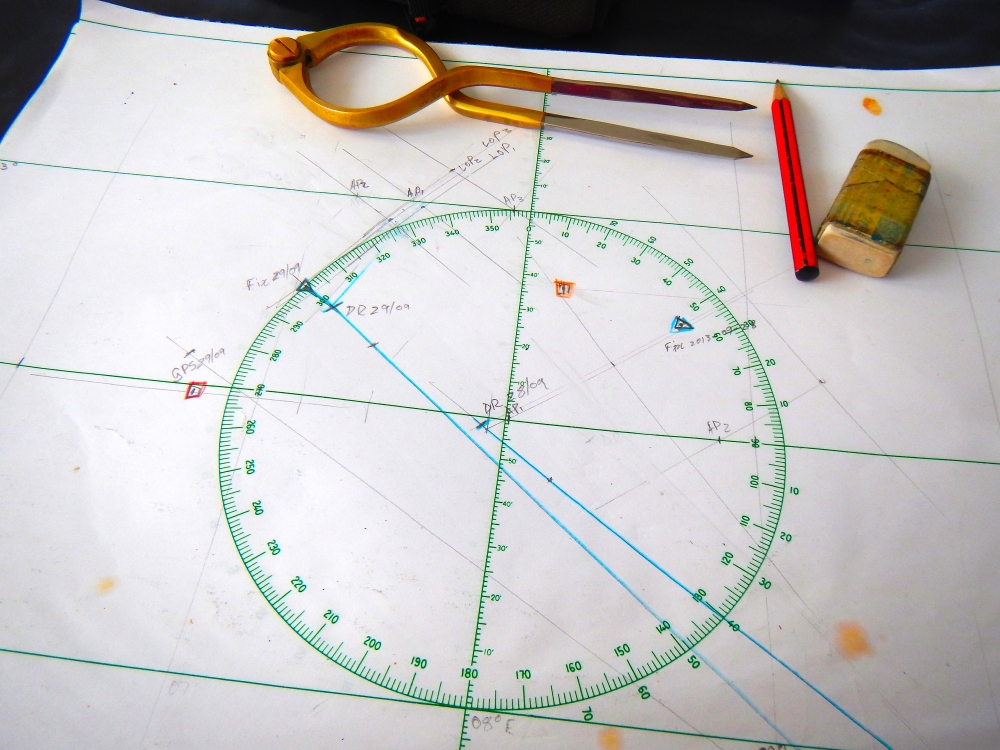 This will be the first time that I shall go there just to get there. The island is the end of the voyage. Once one starts to think about this a little, one then realises that that is not quite the whole picture.

You have to get back home again.

Going to the island is relatively easy, the voyage is basically downwind and with the ocean currents. Going along with prevailing weather patterns, following the trade routes of old. 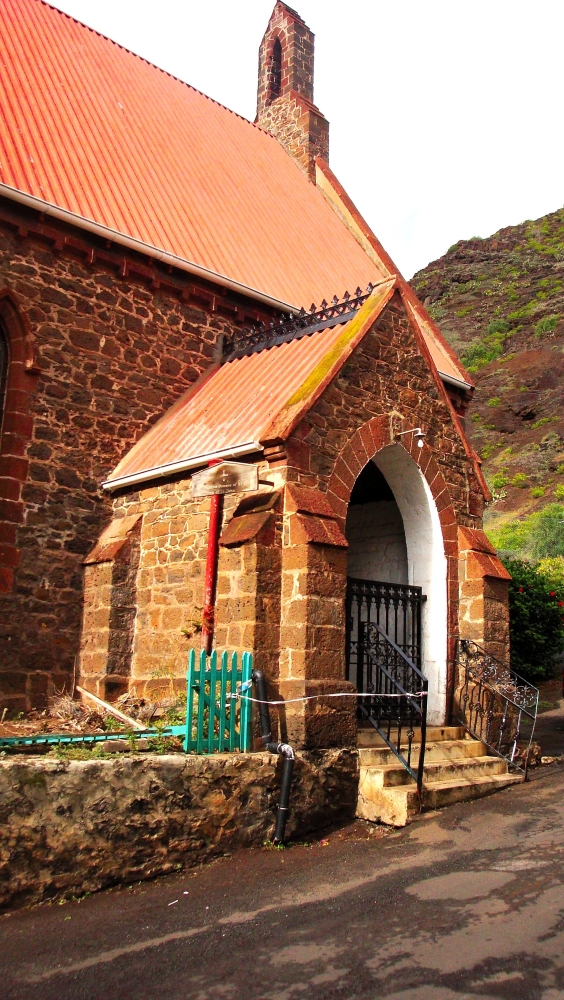 Getting back is a different story altogether. You travel from the island due south until a day after you see the first albatross, then turn sharply to port and continue on to Cape Town. This will take you right down to just north of the roaring forties in the South Atlantic ocean. With the swells higher than the boat's mast. Following a route just north of Gough island and Tristan da Cunha, you then turn slightly north again to reach Cape Town. A far longer voyage than the race itself.

Or you can sail back whence you came, making a landfall at Walvis bay on the Namibian coast. This route is much shorter and will allow you to replenish supplies at Walvis Bay. However, this route will take you against the wind and the ocean currents.  Not an easy route either.


From Walvis Bay you then do what is known as harbour hopping.  Wait for a suitable weather window, then dash to the next harbour.

Altogether an interesting voyage. Supplies in St Helena are very scarce, with sketchy supplies to the local market. Almost all their fresh produce comes from Cape Town and Britain, which makes food very expensive.

So the provisioning for the race must then include provisions also for the voyage to Walvis Bay.

All of these thoughts washed around in my head before I answered the question. Shall I or shall I not? Eventually my sense of adventure prevailed. My friend is a sly old fox and read my instincts correctly.

So I took the plunge. Again.

Having said this, I started to wonder just how many of us face similar opportunities and do not even  recognise them. This opportunity is probably the last time that one will visit the island in its present state. Soon, people will travel there by air. Already there is talk of a five star hotel advertising the most remote golf course in the world. The time capsule of almost medieval culture will then be exposed to big money and the tourist business.

People often come up to me and tell me that I am living a dream. Interesting, this phenomenon. 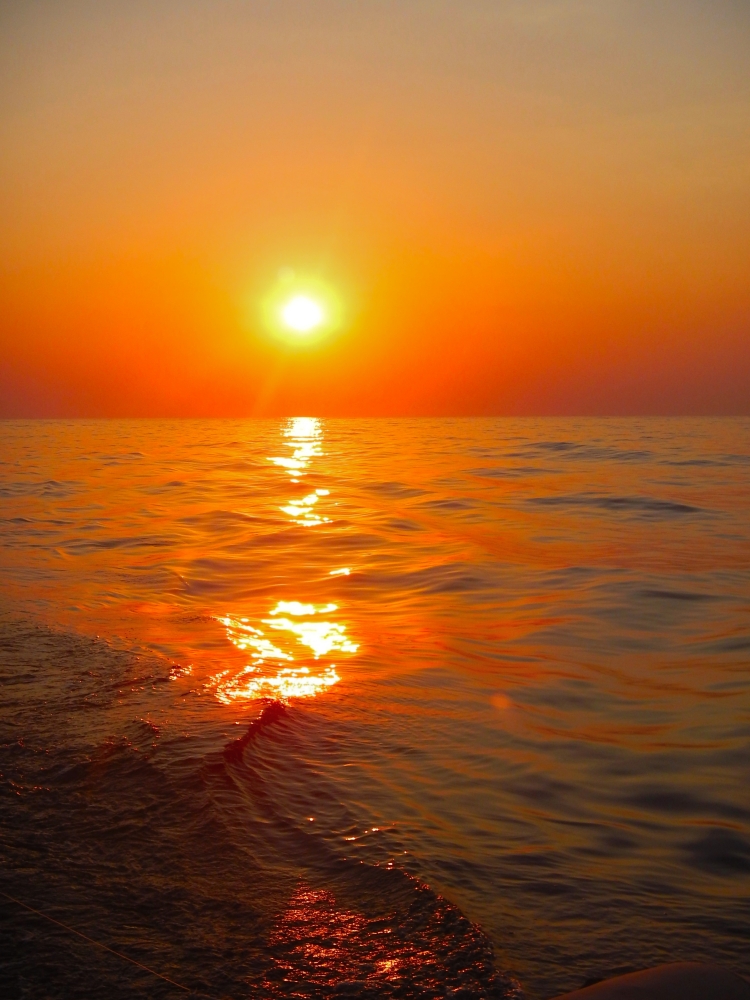 I live my dream, yes. And I used to think that other people are also doing the same thing, not just eke-ing out an existence. After some reasoning and deep thought, I realise that lots of people have, like me, buried their dreams deep inside themselves and are working hard to conform to some social needs fired by urban civilisation. Some, it seems, die at twenty, but is only buried at eighty.

It took two knee replacements and the passing away of one of my children before I realised that life is terminal. I then dug up my dreams, dusted them off and made a lifestyle change.

Now, life is not really easier. Putting food on the table takes much the same effort. Life is much richer, however. I have freedom of my spirit. And I am less of a slave to Mammon, the god of money.

I am rich in experience.

Not Your Traditional Rice Pudding 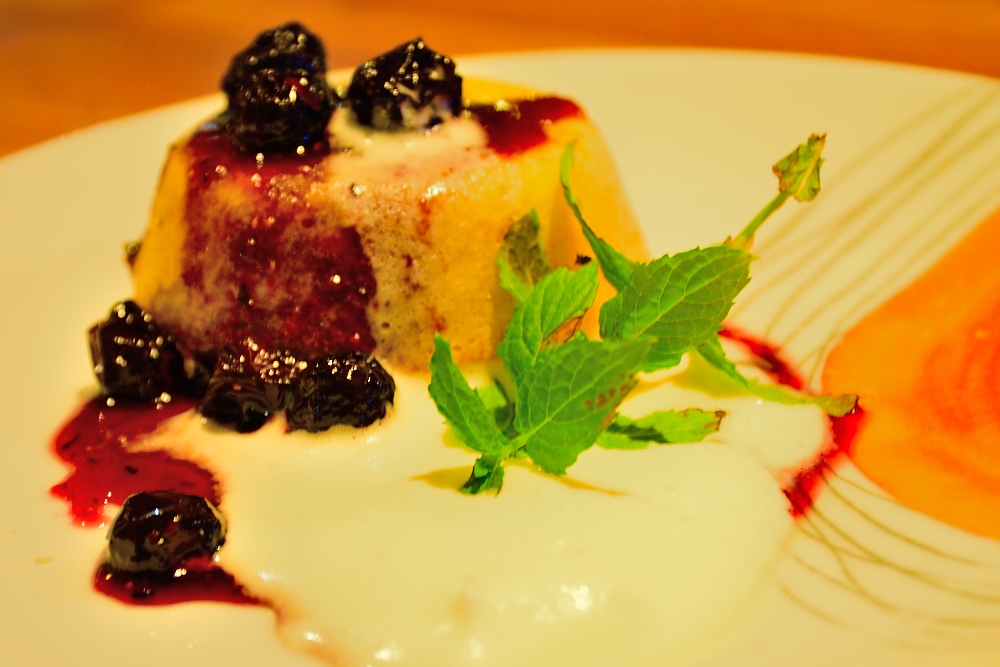 Rice pudding? Yea, right. Not necessarily a favourite dessert. But with a little foresight and planning, something completely different emerges.

After some recent experimentation with sourdough mixes and fermentation, I came across a flat bread made with rice. Palappam, made with rice and coconut milk is quite well known in Asia. The  standard dish is made in the form of a pancake, which is delicious. It is also quite easy to make and being gluten free, a new way of adding a starch to a stewed dish. Especially spicy dishes.

After discussing this with some friends on a Banting diet, they decided to try this newfangled dish. So off they went to do the shopping and not long thereafter created the opportunity for this culinary venture. Needless to say, the feedback was filled with ecstasy.

Part of the reason for this was that they experimented with the leftover pancakes. They had them with a bit of sugar, lemon juice and some lemon zest. And voila!, a new dessert was born.

After some more discussions with  a chef friend of mine, The idea of a baked version came out. In a muffin size it would make a heavenly dessert, served with some fruity compote and cream.

So here goes my latest dabbing into the world of baked desserts.

I made several versions. You may also use some desiccated coconut to get a bit of crunchy texture. Whatever the method, you will get a toasted coconut flavour in the dish. No use in adding flavour to the rice pudding, as the sauce and coconut will overpower the other flavours. This version has some flour to help with structure. It is quite tricky to get the cakes to set properly during baking. This version will give some body to the pudding as well as some gluten. 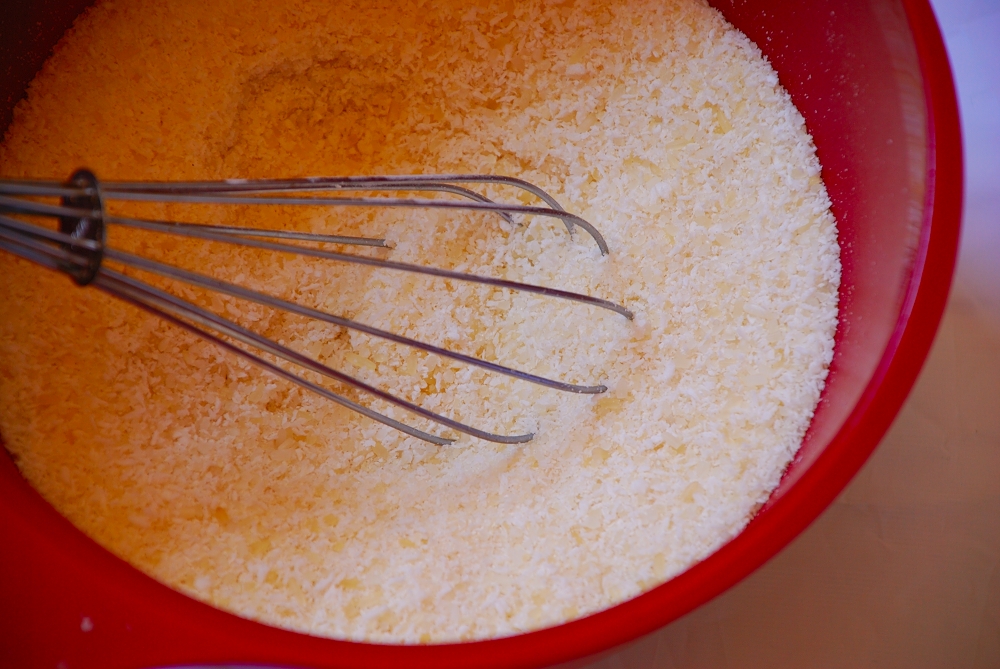 Small muffin pans will make bite sized ones for a children's party.


For the rice muffins 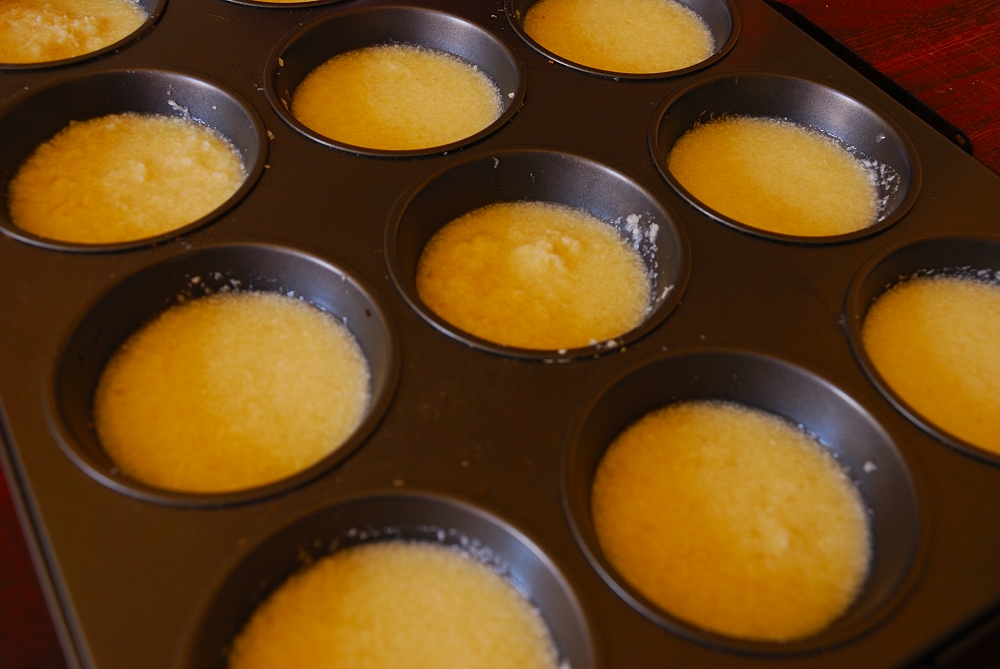 
For the rice muffins 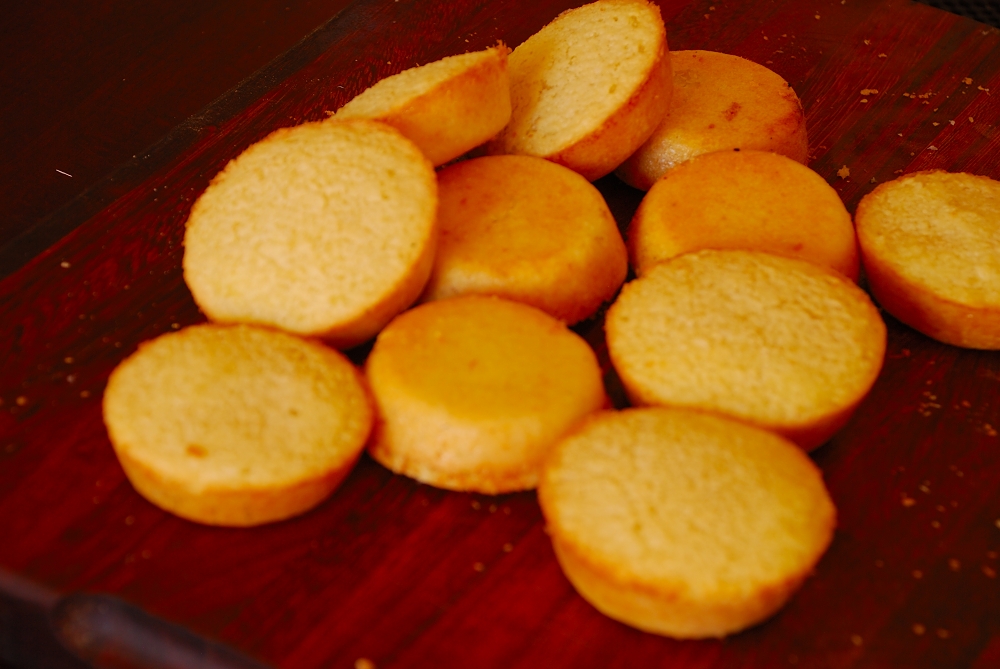 Mix the ingredients thoroughly, then blitz the mix in the blender. This will cut the rice into very small bits. The mix should have the consistency of cake mix. Add more coconut milk as required.

Lubricate your favourite muffin pan and pour a little batter into each section. This while your oven is heating up to 200ｺC/390ｺF. The rice needs a slightly hotter oven. I had to experiment a bit. Not all ovens have the same heat distribution.

Pop the pan in the oven for 30 minutes or until the puddings are baked through. Test with a steel pin to see if they are done. The steel pin will come out dry when they are done.

By this time they will have a nice light brown to tan colour. Put then out to cool while you make the compote. 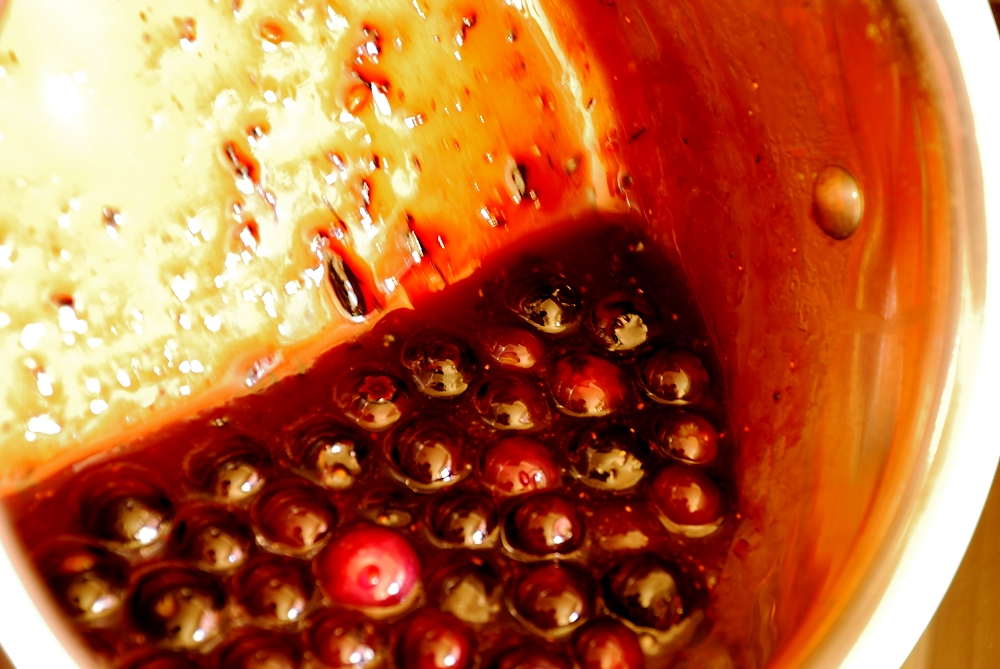 Mash half of the blueberries and keep to one side.

Dissolve the sugar in the water, then add the butter and bring to the boil. Keep stirring, you don't want this lot to burn. This will caramelise the sugar. The mix will foam for a while, but don't despair, this is what happens. The water will give a consistent texture and colour to the caramel. When the caramel is nice an light brown, add the mashed blueberries and stir through thoroughly. Wait until the foaming and frothing has stopped, then remove the compote from the heat and add the rest of the blueberries.

Allow this to cool. Properly cool. This mix has a substantially higher temperature than boiling water and will give you second degree burns. Wait until it has cooled sufficiently before using it.

Dishing up is a matter of arranging a muffin on a plate, add a dollop of whipped cream and some of the compote. Garnish with a sprig of mint and there you go.

A delicious new way of having leftover rice as a pudding. 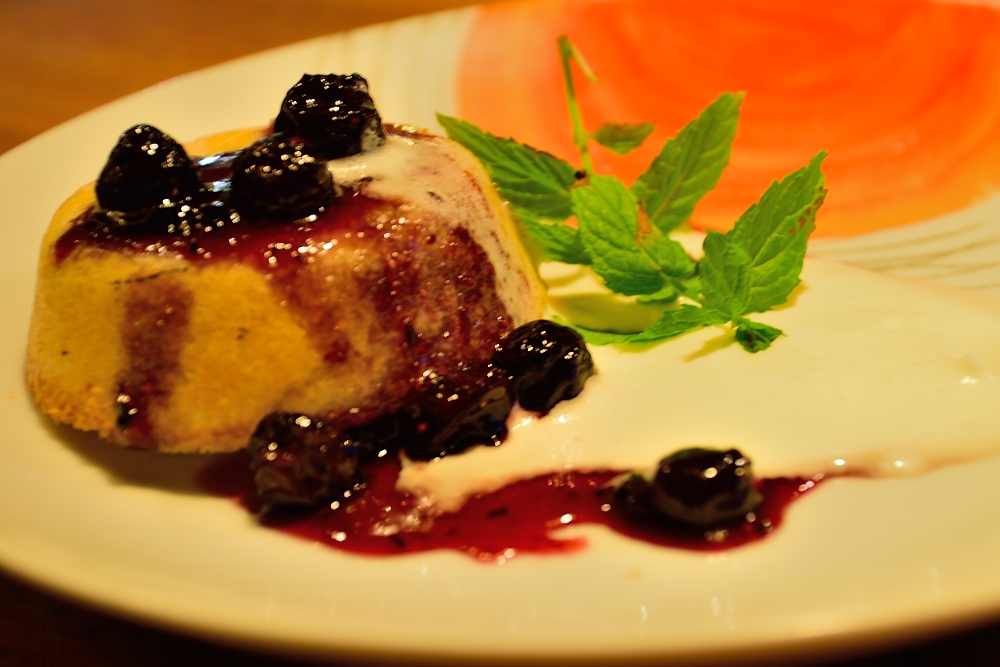 I  am sorry about your Banting diet...


Posted by The Hungry Sailor at 08:54 No comments: