The Run To Durban 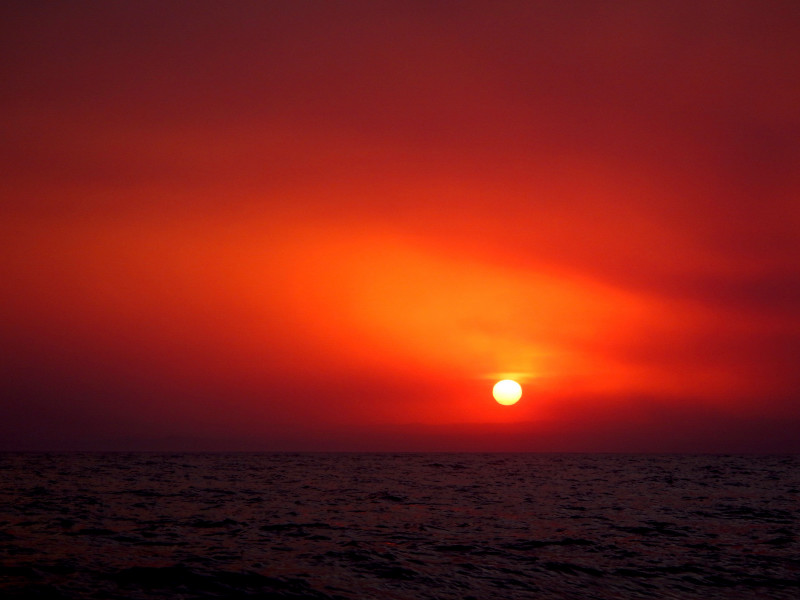 Our woes with the fickle wind were not over yet.

We were on the run, not running before the wind, but for a short while. We sailed for a decent bit, then the wind freshened to a gale and we had to shorten sail yet again. Taking green water over the coach roof again. 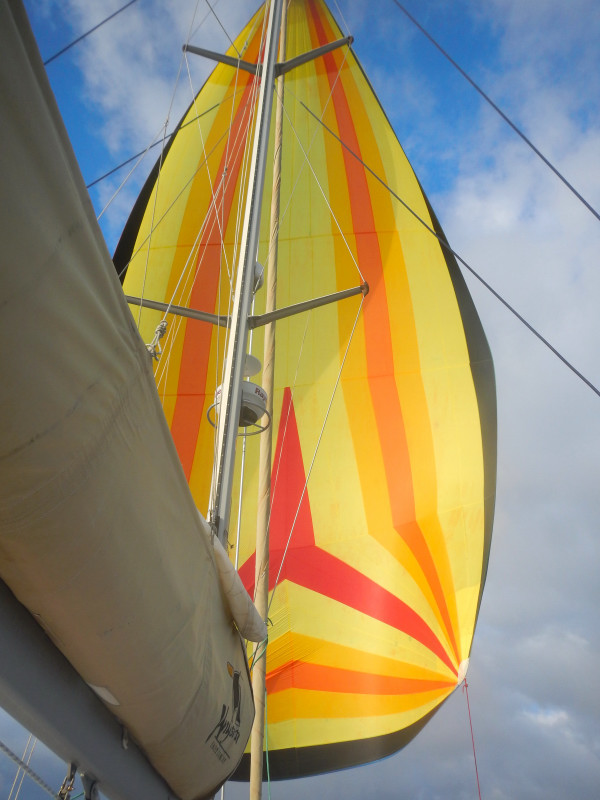 This was getting tiresome. 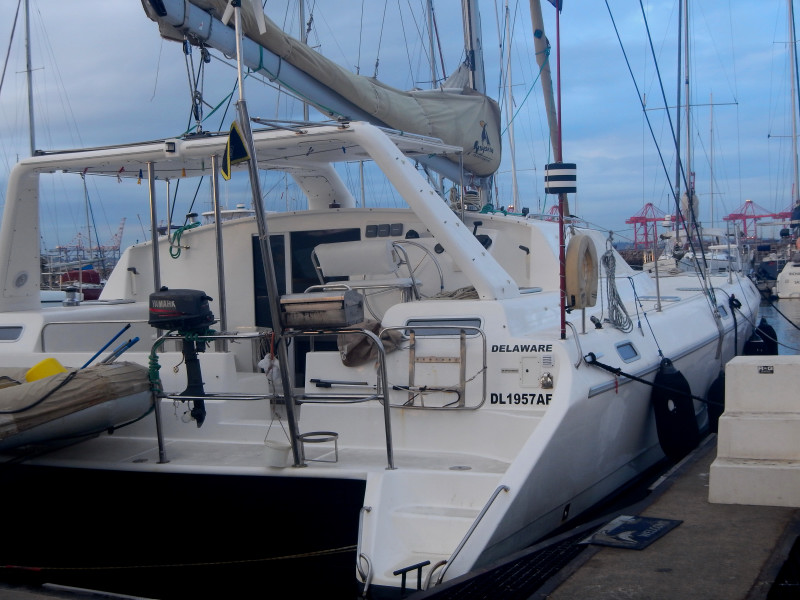 Then we saw the barometer dropping a whopping twenty points, from 1025 to 1005 Hpa over twelve hours. Scary, very scary. 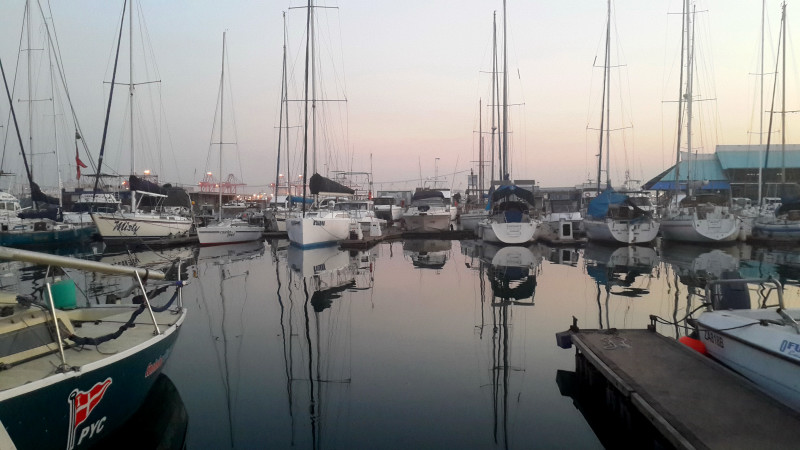 We immediately set. Course for the port of Richard's Bay, our closest shelter. Game-fully we struggled against the sea and a north-eastern gale to get closer inshore. The wind freshened to 38 knots, gusting 45. I promise you the crew was not a bunch of happy campers then.

We game-fully fought the weather, but shortly after sunrise we realised that we were fighting a losing battle against the elements. We had already blown to a position south of the harbour entrance and were still over twenty miles offshore, going straight to Durban.

We resignedly changed course accordingly and tried to get a weather update on the VHF radio. Richard's Bay port control curtly informed us that they were not at liberty to divulge weather information. So we were stuck for the moment.

Our satellite phone airtime was on the verge of running out, but I managed to get a message through. Half an hour later we had decent weather info and was able to take stock of the situation and update our passage plans.

Then, two hours later the wind died completely. Quite contrary to expectations. We sighed a heavy sigh of relief and started both engines. I was not taking any chances of getting stuck in the open ocean with such a low pressure system around us.

The rest of the sixty odd miles to Durban was covered in due time, seeing our arrival in Durban at two o'clock in the morning. 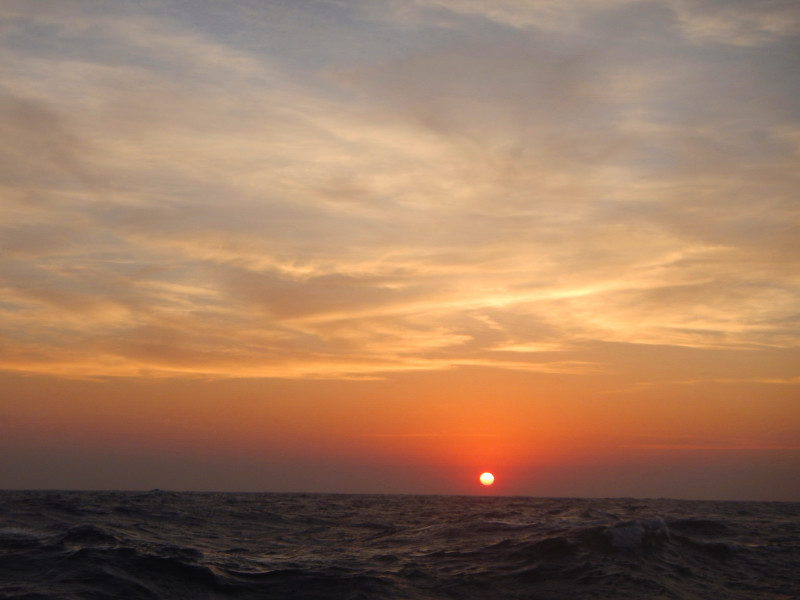 Never had I seen such a tired bunch of sailors tying up a boat. It took us the best part of half an hour to get the boat tied properly in the dark, with a gusty wind making life that more difficult.

We had arrived just in time. The wind freshened to around fifteen knots in the marina, which is sheltered. We were very glad to be tied alongside and not out  at sea in these gusty conditions.

It always happens in the middle of the night, doesn't it? A bit like Murphy's Law. Things go wrong or a problem crops up at the most inopportune times.

We had the worst gale force winds in the hours of darkness after midnight. On all three occasions. 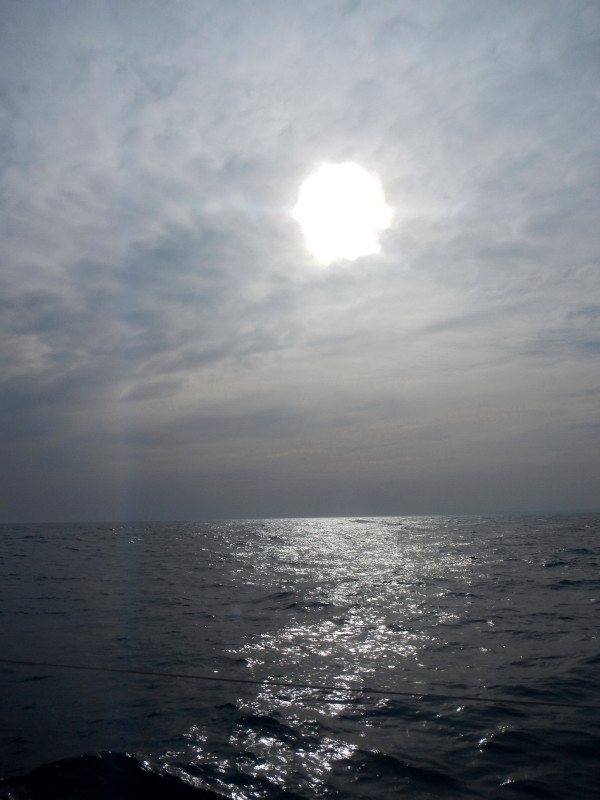 Then we had the most inopportune gusty wind spring up just as we were entering harbour at Durban. The very wind that I was scared of being caught in out at sea. We barely made it into harbour in time.

Almost. It cost us some serious sweat to get the boat tied up properly without banging itself to bits against the quay.

Then the rest phase kicked in. Funny how your body does not adapt to the change in sleeping pattern. We now did not have to stand watch, so we had time for proper rest. Which, true to form, did not come.

All three of us had intermittent sleeping patterns, waking you up every two hours or so. After a week alongside, I still battle to sleep longer hours.

Perhaps it it the specter of the last leg of the voyage looming that keeps me awake.

The boat did not come unscathed through all the adverse weather, so there was some repairs and maintenance required. And a lot of cleaning. With stormy weather everything gets clammy and a bit  damp. Your clothes in the cupboards start to grow mould, so there is lots of washing and airing of linen and clothing. 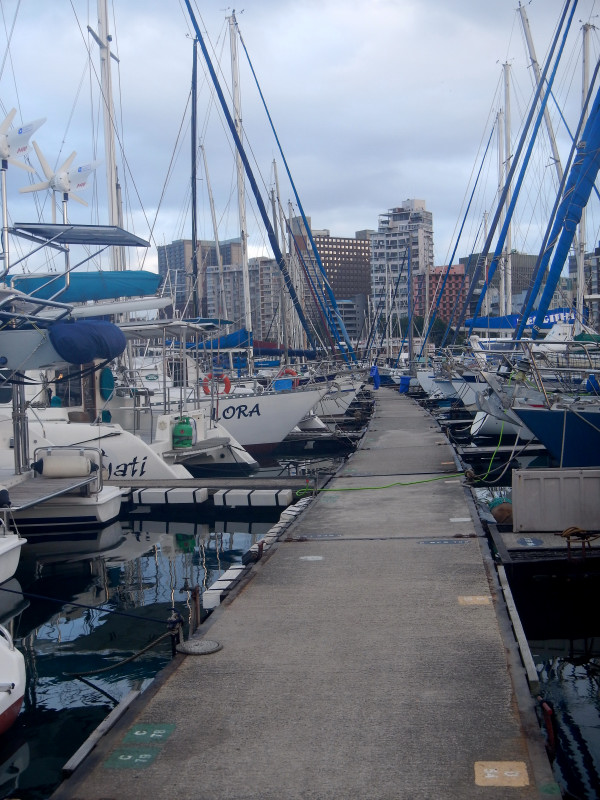 The refrigerator and freezer gets a good scrub as well. Things start to leak sometimes, developing a smell and some growth if one is not careful. Interesting how your mother's teachings come back to you in a roundabout way.

Being a ship's captain sounds very romantic and stylish, until you do a bit of thinking. The job is more of a housekeeping job than the seafaring part. The seafaring just makes it more difficult, as this house bobs around on the ocean.

My perspective certainly changed. There is an overt realisation that the job of a captain is very rich and that the scope is far wider than meets the eye. I thought I was properly prepared, but learnt a lot on the way.

Seafaring, yes. One knows how to sail, but each boat has its own idiosyncrasies. But the housekeeping requirement is relentless. The motors have to run for so long twice a day to keep the batteries charged to keep the instruments and the refrigeration running.

Then there is the watch-keeping. Three hours on, six hours off. Except in my case I had to do the cooking, so every day I was awake from about four thirty in the afternoon to half past six. Dinner time. Luckily I did not do washing up and cleaning duties. 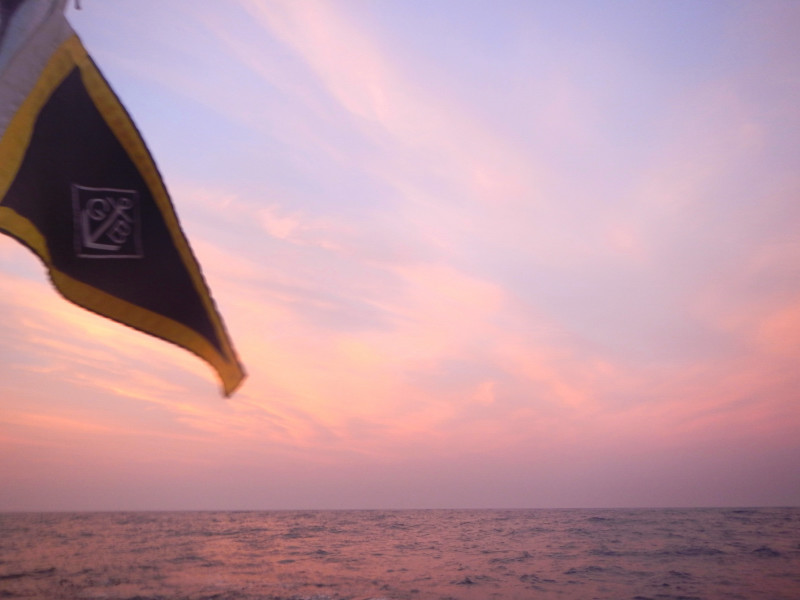 But it gives a new perspective on being in charge and be responsible for everything on board, including the well-being of those sailing with you. Not always easy.

But now the boat is serviceable again. Provisioning is under way. What remains then is the clearing out via the bureaucratic process before we hit the road home. 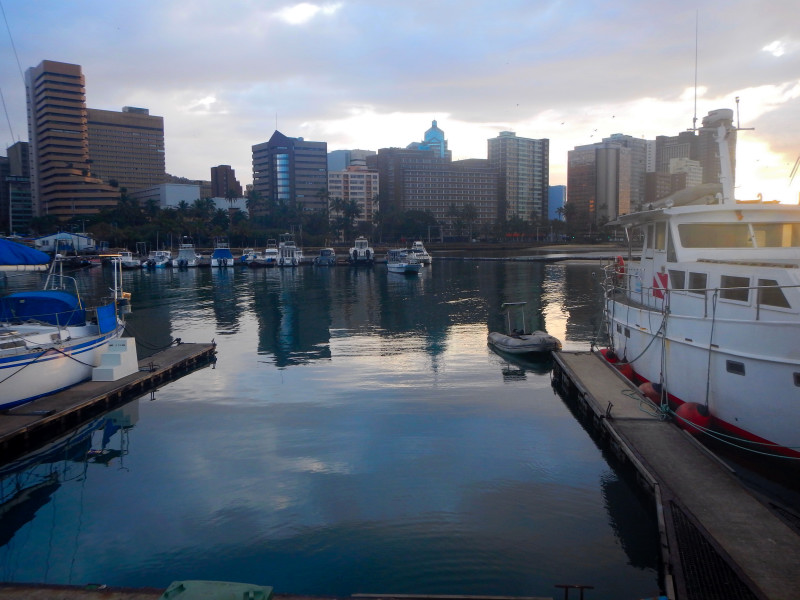 Time to say goodbye to the land.

Sea fever getting back to me.