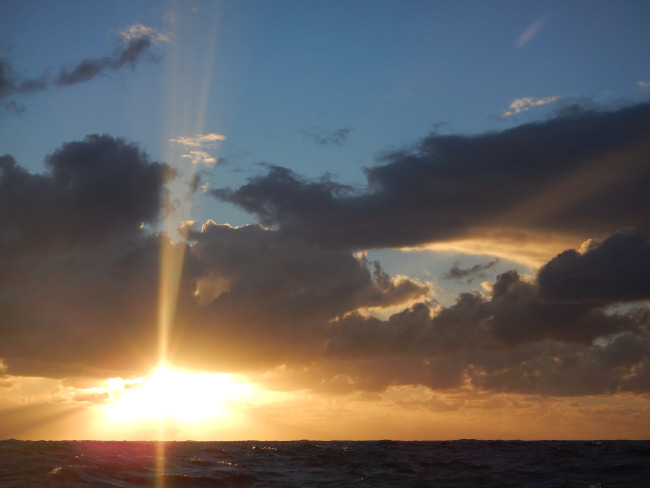 The full implication of the East African doldrums finally came to light today. In a roundabout way too.

But I am getting ahead of the story.

I made my usual phone call for weather info on the satellite phone today. In fact three calls. Of which two gave me sketchy information and one, inadvertently, gave me more useful information.

Us sailors need weather information to plan our passage and course for the next forecast period. On voyages close inshore we get the forecast on the VHF radio at set times, depending on where you are. But out in the ocean one is dependent on phoning a friend to help with this service. It makes life at sea a lot safer.

Today I had two sets of information in which the informants gave me some ideas of their own. The third informant was my wife. She gave me an update on the weather at home and the forecast for the rest of South Africa for the next few days. 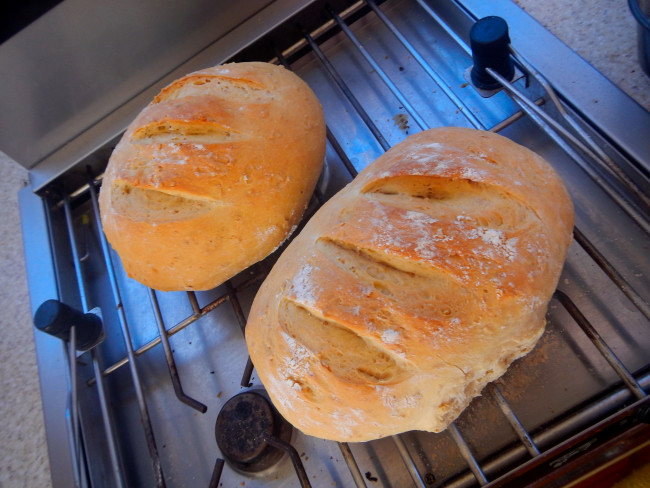 Now, you would argue that the information is valid only for the region in question, which would be right. However, it is quite possible to derive a forecast for our whereabouts from the South African forecast.

This is possible because we are north-east of South Africa and close enough that cold fronts passing over the country will affect our weather over here. Cold fronts in this area travel from west to east and lose some of their impetus over the southern African continent.

So today I learned that a strong cold front passed over Cape Town two days ago, passing over the eastern part of the country by today and tomorrow. This means that the south Indian ocean high that sits near us will be pushed north to give us the doldrums. Then the same high pressure system will move south again as the front passes, giving us back our wind.

To conclude this very heavy essay on weather, I forecast a northerly to north-easterly wind of around twenty knots two or three days hence. In support of this, our wind started coming back today with a light air of around five knot out of the north-east and the barometer dropped by one hectopascal and stayed steady.

Ocean weather systems 101, I guess. Only time will tell whether I am right. 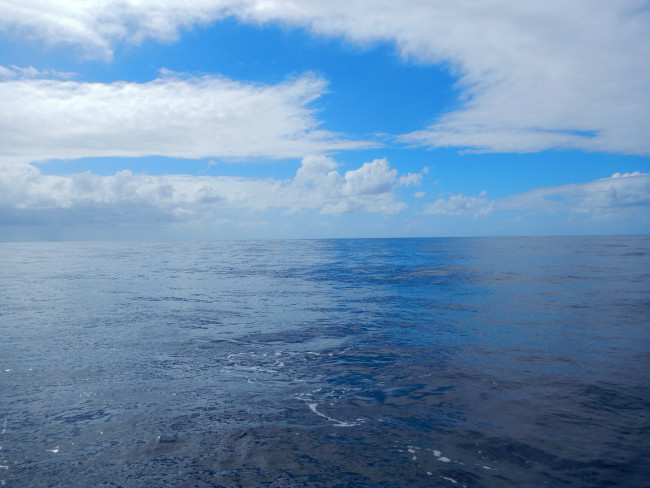 We made a few turns on our path the last few days in in our quest for optimal speed and progress. This had a positive reslut that we picked up a current of around one knot, helping us along, whereas before we had none. Thank heavens for small mercies.

In addition we are now on an ocean cruise. We re-budgeted our food and fuel and found that we could live quite long waiting for the wind to come without having to motor like mad to get to a fast food joint.

Today was wash day, tomorrow boat cleaning day. And so we shall keep ourselves out of mischief.

The pineapple vinegar is fermenting merrily in the bath and we are making attempts at fishing. My guess is that we won't catch anything at the speed we are going at present, though. Hopefully the situation will soon change for the better.

Today was also baking day. We haven't had fresh bread for a few days now after the last of the store-bought bread ran out. It was nice to have a slice of warm bread with real butter for a change. It appears that I have now come to an understanding with the oven and the two loaves came out nicely baked with a thick caramelised crust and a fluffy, elastic crumb. Not too bad for an off-the-cuff recipe.

We also have some reasonably fresh flour of French origin and type '00'. This is not readily obtainable where I live, so I had to make do with what I have. A whole new learning experience, using a different flour than the ones I am used to, in addition to a new brand of instant yeast. Life in the galley gets quite interesting as well! 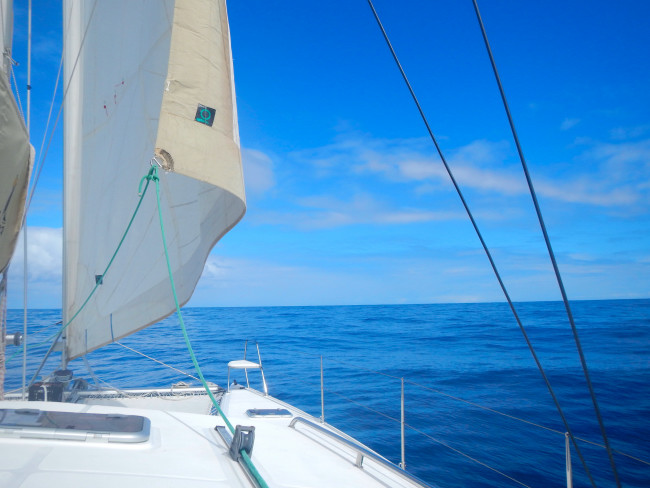 We were able to relax our strict regime today and watched some movies. This may become part of the daily routine by the looks of it. Good entertainment and not too taxing on the mind.

A voyage with a difference, this oceanic cruise. Quite a positive experience.

My first and hopefully not the last.