Doldrums Off The East African Coast 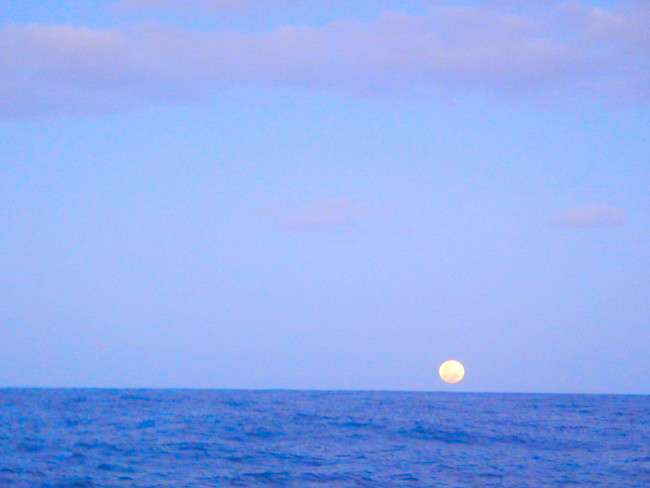 We are still living inside the Rime of the Ancient Mariner.  Or on a Saturday Night in Toledo, Ohio, the song by John Denver. John Denver's version of being bored is more tongue in cheek that Coleridge's.  We sit and watch the sun rise, the moon rise, then the sunset and the setting of the moon. This as opposed to visiting the bakery and watching the buns rise or sitting in the park and watching the grass die, as John Denver would have it.

Coleridge had a much heavier tone to his description of boredom. 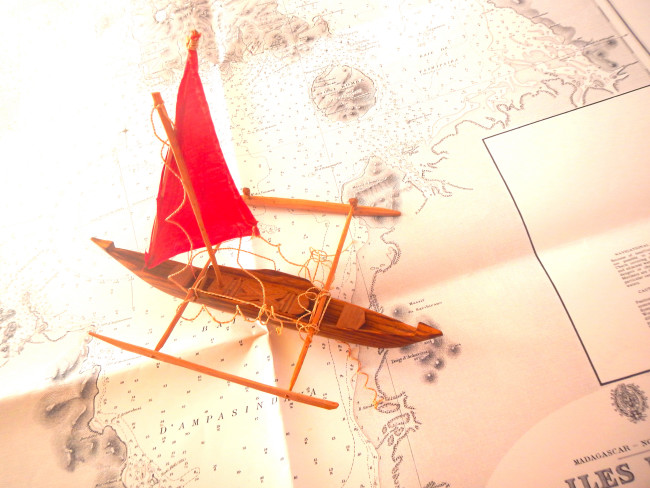 Perhaps we are in a different situation, but eventually boring nevertheless. It is easy to think this as you go through the roller coaster of emotions on this voyage.

The past few days saw us sailing for about twelve hours a day before the wind died and we had to motor. This pattern had been slowly changing, however.

To less wind, more quiet sea. The peak thus far was today, when we had a glassy smooth sea at sunset. However, when I came on watch at midnight things were different.

The moon was lazily setting into an oily smooth sea. There was no swell even. Normally one loses some feeling for the swell when lying down. Tonight is no exception. But even on deck I am able to walk around without fear of falling over.

In fact, the sea is flat calm that I was able to photograph the moon sinking into the sea using a hand-held compact camera. The camera even reported sufficient light to focus. 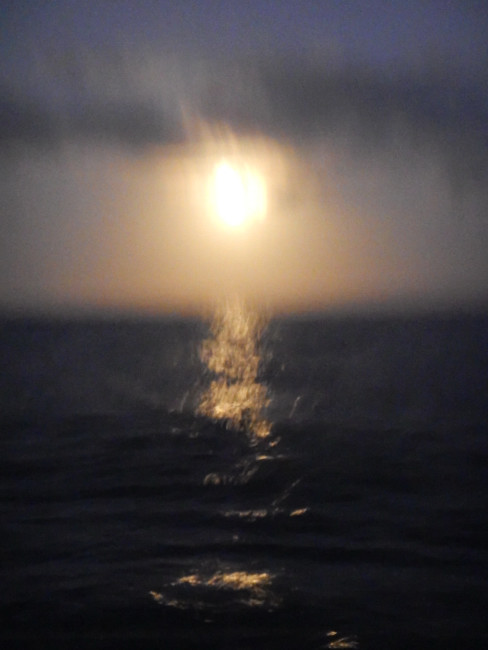 I was also able to get shots of the southern cross and the two pointers, but these were a bit shaky.

On the other hand we have a serious problem with this lack of wind. If I did nothing, we would run out of food in the middle of the ocean, just like the sailors of old. Or we may run out of fuel before the wind came back. Which will have our refrigerated food go bad with the same starvation staring us in the face.

But we are resourceful, can think and make decisions. Like going closer to the coast to make use of any breezes there may be due to the effect of the hot land. Hopefully our windless woes will soon be a thing of the past.

I am also making an experiment with the pineapple vinegar. We started the experiment today, so we shall see how it goes.

Today was also the first time we had the full main sail up. Up to now we played it safe with the fluctuations in the wind and sailed with one reef in the main to alleviate the deck work load required by the solitary watchkeeper.

The little wind there is is so steady that I decided to shake the reef and see what speed we can make using the full main. The wind was on our port quarter, so the main could actually be blanking the jib. 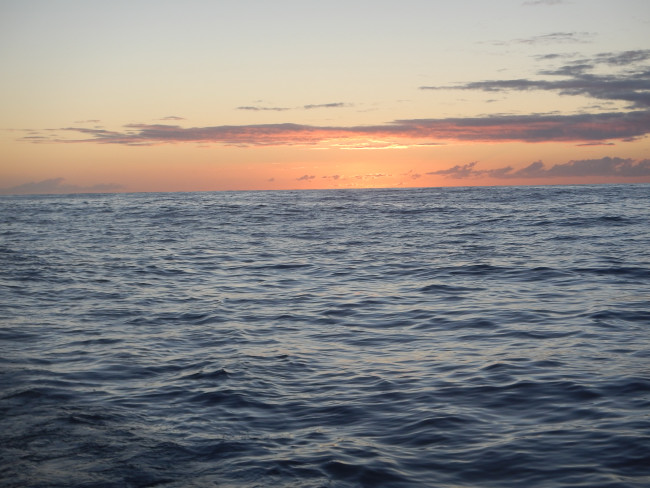 This was not the case and we had some very good sailing in flat water for about an hour. Then the wind died.

On preparing to pack away the sail we found a shackle pin in the sail bag. Quite disconcerting, as the pin was very thick, meaning that it was supposed to hold down something big and  strong. We found the culprit a few minutes later. Luckily, the shackle was still in place. It was the shackle at the clew of the main sail, holding the clew and the girdle round the boom together. The webbing and the outhaul line had held the shackle itself in place. Talk of some luck.

Up to now we have only seen three man made things in the ocean. No, that is not correct. One of the crew saw two ships, the rest of us saw a drill rig. But the crew member in question saw the drill rig in full dress as they switched on all their lights as we approached. This of course happened in the middle of the night, so only the watchkeeper saw the spectacle. The rest of us just saw a bright light on the horizon.

Speaking of bright lights, we are now running with navigation lights again. But I got caught out the other night when I saw another bright light appearing on the horizon. I quickly switched onb the navigation lights, just  to realise fifteen minnutes later that it was indeed the planet Venus rising. Another sign of very calm weather.

We have started our fishing efforts again, but to no avail. Probably due to the calm conditions and our slow progress. The closest we came to catching fish were the whales visiting us late this afternoon. They visited again just before midnight, scaring the living daylights out of the watchkeeper as they blew next to the boat.

Interesting how the simple things in life become important when you are far away from the hustle and bustle of city life.