The Passage To Farquar 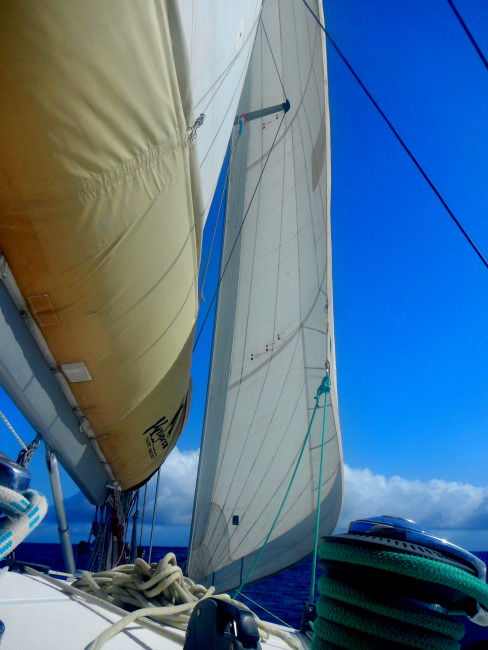 Today is day three of the passage to Farquar island. A quite hectic three days, I should add.

It started on my sixtieth birthday, of all days! We were quite busy with all the final preparations, provisioning and clearing customs and immigration. A myriad of small tasks, all required to be complete to the satisfaction of the captain before he will cast off and depart.

Which, in this case, means yours truly. By four thirty in the afternoon I was quite exhausted. We did not even take lunch. But everything was in place sufficiently for us to cast off and go. 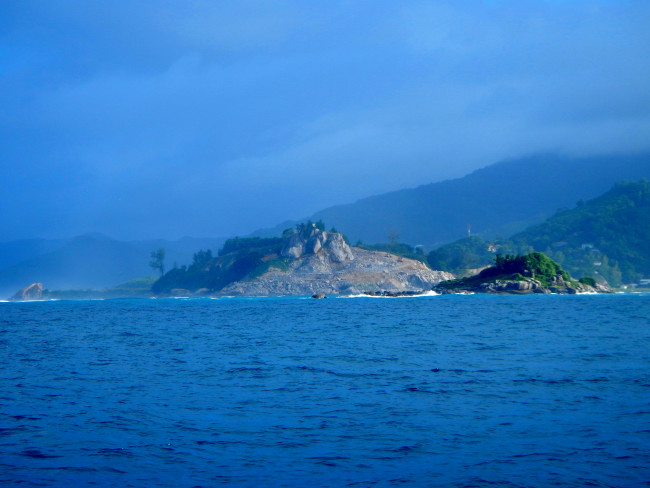 I took a few minutes off to say goodbye to loved ones and thanked well-wishers over the internet for their love. Then it was time for casting off. 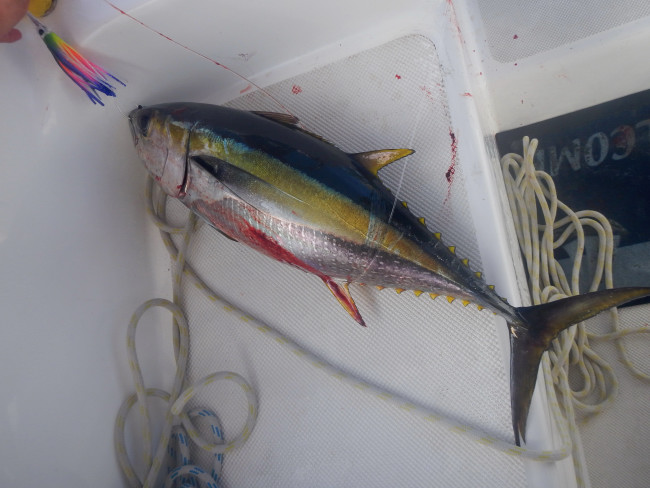 One of the most difficult things in sailing, perhaps for other sailors too, is to make the 'go' decision. A friend warned me about this. He told me that it is one of the clear distinctions of real sailors, this ability to say 'go'. And then do it.

When I reflected on this, I realised that he was right. I know quite a few people who purport to be sailors. But very few of them will ever leave for a week's cruise, let alone an ocean crossing. And then I also know a few real sailors who know this difficulty and battles with it. It turns out that some of us need a nudge to make us go, then we go.

Also, not everybody has “Sea Fever” to the level that John Masefield describes in his famous poem by the same name.

Of course, once at sea, you lose all interest in the land, except its proximity. Things that will hurt the boat.

For instance, last night we sailed at a speed that in some circles would be described as breakneck speed. We topped ten knots speed over ground (SOG) a few times and averaged over eight knots. This with  the wind on our beam and a swell on our port bow. Which made for wild and wanton conditions and lots of splashes over the coachroof. Wonderful sailing conditions. 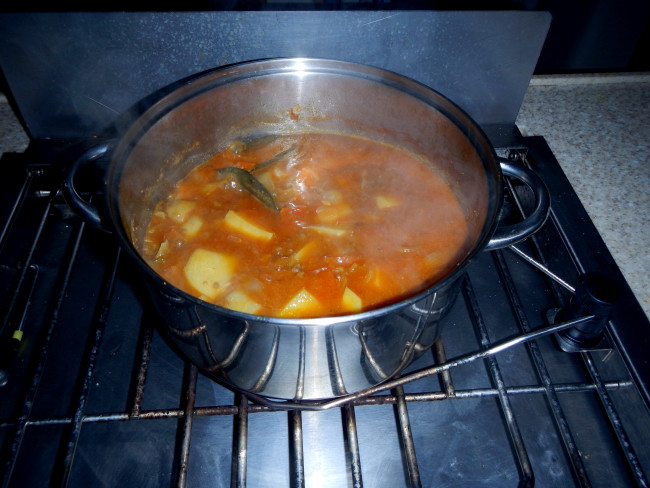 Sailing a catamaran means that you have lots of leeway and we are no exception. The wind literally blew us straight from Mahe Island on to St Francois island in spite of valiant efforts to make way to windward. We had to drop the main sail and start the engine to creep past the island.

Of course, we were not in any real danger. But it does raise the question on how the sailors of old, before the advent of GPS, managed this voyage. Not very well, I guess. Not when the chart has the word “wrecks” printed at the windward side of the island. 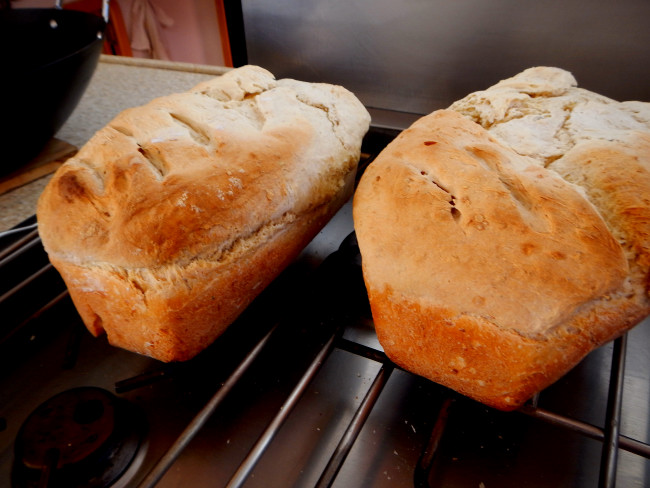 Saint Francois island is in the middle of nowhere, only a few metres above the sea, with not even a palm tree on it as far as we could see. You would need a very good lookout and some very fancy navigation skills to avoid the island. Or else plan your voyage to get to the island in daylight.

We were blown so far off course that we lost any hope of making it to Farquar and resigned ourselves to head straight on to Madagascar. 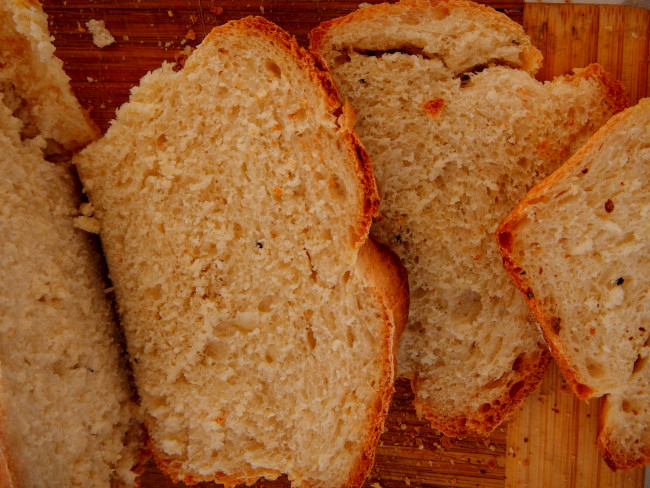 Then the wind turned. The wind backed to the east far enough for us to lay the island of Farquar. Perhaps we shall be blown off course again, but for now we can replan and try again. Such is the way of sailing. Set your sails to the wind, I think the adage says. We certainly do.

Today I can honestly say that we have settled into a daily routine on board. It took me two full days at sea to recover from the hurly-burly of the last day's preparations ashore and alongside. Rather like a hangover from an overdose of land-things.

I am both the captain and the cook on board. It means that I work very hard, but there is compensation. I never have to do any dishes!

So far everybody appear to be happy with the fare as prepared by the Hungry Sailor.  Being both the captain and the cook, I am acutely aware of the fact that the crew may be too scared or too decent to complain about the food. However, food disappears off plates at a rate of knots. (How's that for a tacky sailor's pun!) This is sufficient positive feedback that my culinary skills are up to standard.

The only real complaint was that there was not enough food per meal. The portions were too small! A problem soon rectified. I haven't cooked for such a big bunch aboard yet, so portion size and quantities become a place for some experimentation.

The menu is basically a repeat of my previous recipes, which makes it easier on me as pertaining to blog posts. The chilli con carne and pasta Bolognese alla the Hungry Sailor seem to be favourites for now. 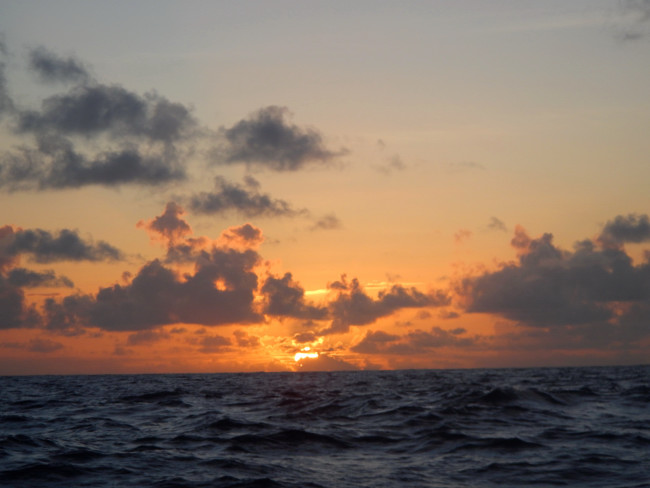 Life at sea is less complicated than on land, but asks for more responsibility. Rather like having a few loose specifications, requirements, rules and regulations enforced tightly. There is much freedom of choice on board, but you face the consequences directly. And I don't mean your behaviour towards your fellow sailors.


I am talking about your preparations, both physical and psychological. Preparing the boat is relatively easy if you understand a normal household.

But it does not help at all going on an extended voyage if you or one of your crew are scared out of their wits about the undertaking.

Choose sensibly, think things through before making a decision. Use Mother Nature's forces with care, and you will feel alive like never before.

Perhaps more people should go on at least one ocean voyage on a small boat. Just for the life skills gained.