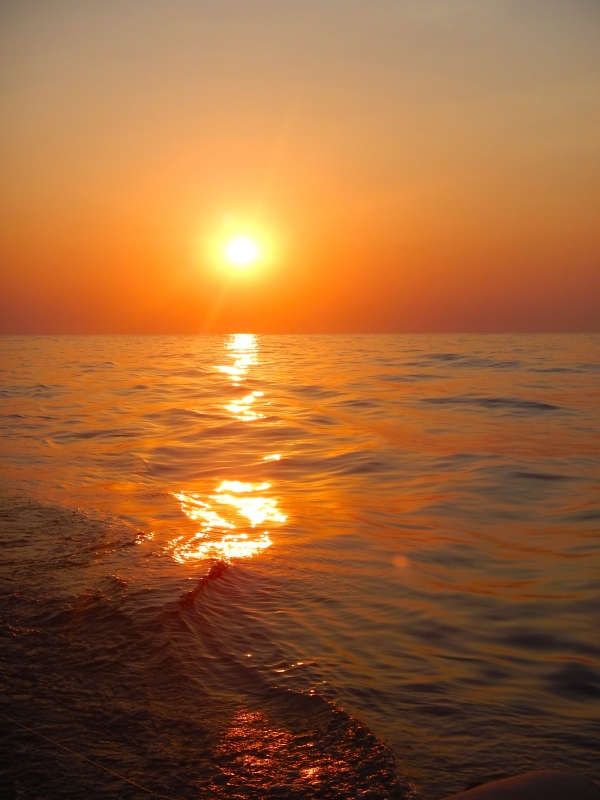 Probably because of the peculiarities of the continental shelf being very close to land and the Agulhas current running along the shore. This makes for very big waves when the wind comes up. And the current is not to be sneezed at. Three knots of current in the open ocean. 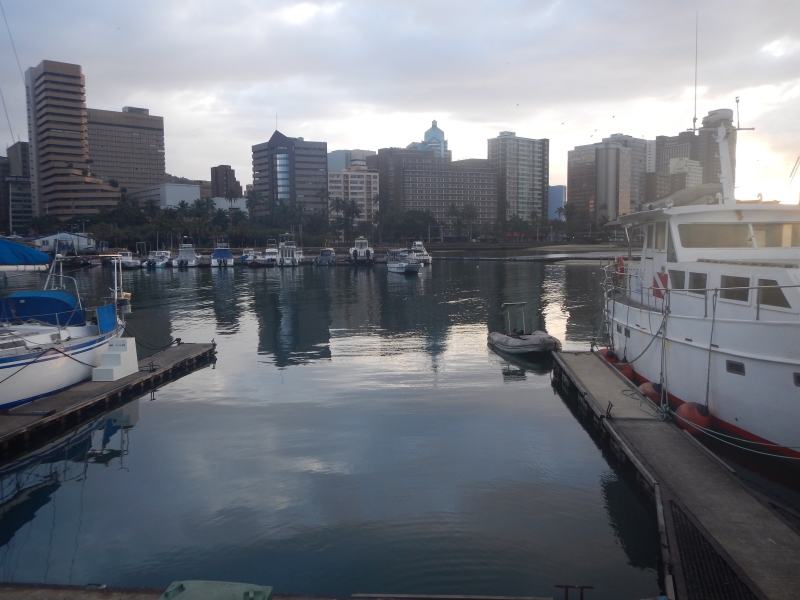 It was with some trepidation and much soul-searching that I made the decision to carry on the voyage from Durban to Gordon's Bay. Negotiating purportedly the roughest stretch of coast in the world, then rounding one of the more notorious capes in the world, all at the wrong time of year sounds like folly. 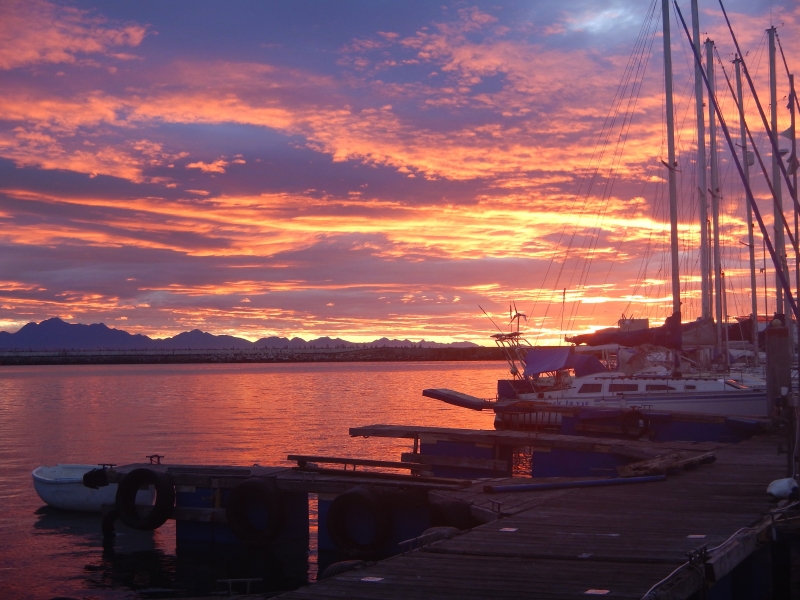 This time around may have been beginner's luck or just good passage planning. We slipped moorings on a dead calm morning in Durban and motored most of the way to the quaint little port of Mossel Bay on the Western Cape coast.  The wild coast was passed in dead calm conditions, the sea an oily smooth liquid reflecting a red sun in the morning.

We did get some wind, though. We actually sailed for about four hours before the wind became too strong and changed direction. Then we battled against the wind towards Robberg, a mountainous cape at Plettenberg Bay which would offer some shelter.

However, the wind abated around three in the morning and we promptly did a sharp turn to port and continued on our way to Mossel Bay. Here we had to make a weather stop as there was a cold front approaching.


The cold front materialised in the Cape Peninsula area with heavy wind and rain. We had some cold and a few drops of rain. However, there was a forty knot gale at Cape Agulhas, so we sat tight and enjoyed the brief respite. The Mossel Bay Yacht and Boat Club has one of the more idyllic settings that I have seen across the world. 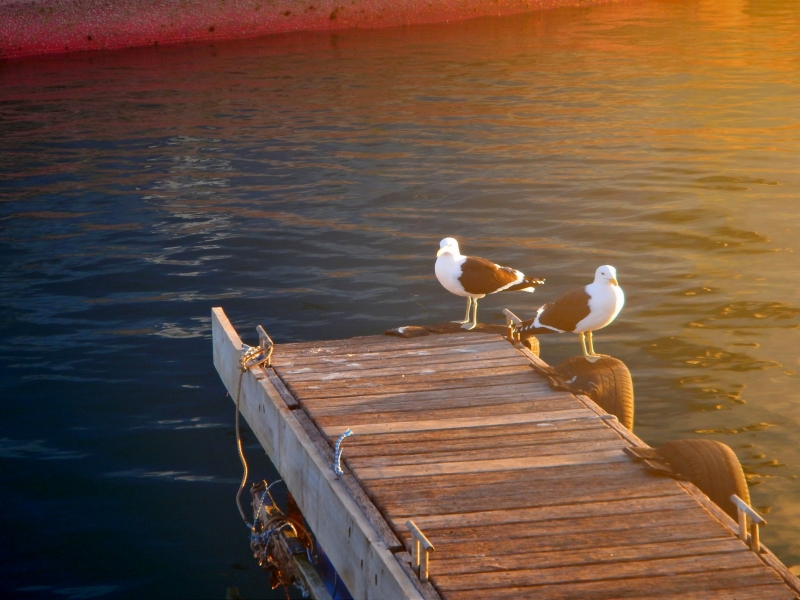 The harbour is quite small, providing a service to the local fishing industry, as well as the nearby offshore gas production platforms. We actually had time to made friends with the tame bull seal in the marina. He came to visit a few times and scratched his back against the boat's hull. Perhaps a bit like our cats at home making you feel welcome.

The stay gave us time to clean the boat after the rigours of the long voyage. This made a big difference in the effort of demobilising after handover. There is always one more problem to solve, one more cupboard to clean or one more form to complete. I am told that the job is not finished until the paper work is done.

Well, in this case I was determined to have as much of the paper work complete as possible before the end of the voyage. I had been on board for two full months and it was time to disembark and say goodbye to the boat. 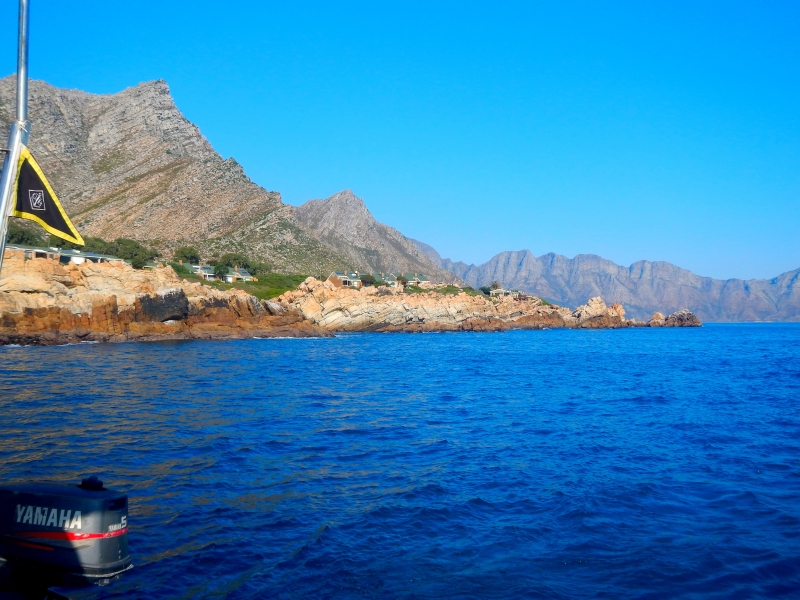 The cold front passed and we set off from Mossel Bay on another balmy day with no wind. This time Mother Nature smiled on us and we found an easterly wind as we reached Cape Agulhas. This wind picked up to around twenty five knots, sweeping us along at a decent speed. We budgeted for a reasonable speed that would take us to Gordon's Bay in about forty odd hours. However, with the wind as it was, we did the two hundred odd miles from Mossel bay to Cape Hangklip in twenty-eight hours.

We lost the wind again just after entering False Bay at the Cape Hangklip light. The day turned into a beautiful early spring afternoon with bright, warm sunshine. A most hearty welcome home from Mother Nature.

All of this brought us home at Friday three o'clock instead of Saturday morning around lunch time. Of course this wreaked havoc with the arrangement of the welcoming party at our home yacht club!

Not too much of a problem, we just drifted in balmy conditions in the picturesque Kogel Bay. We had time to take a much needed hot water shower and to dress in clean clothes. In my case I put on my cleanest dirty clothes. After two months on board nothing is really clean any more. 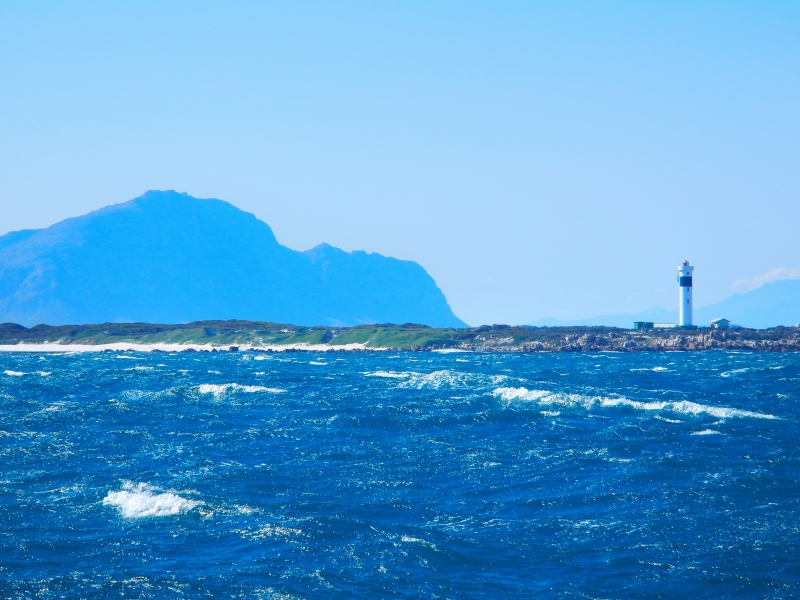 Looking back I had a most interesting experience. We cruised beautiful sun drenched islands and sailed through storms and doldrums. The coral was exquisite, my first experience of unspoilt and pristine coral reefs. The fishing was excellent, giving us the chance of having various fish dishes on board.

We met the most interesting people in the islands. And we made good friends at the various yacht clubs. Interestingly enough, if you arrive anywhere by boat, you are automatically part of the family. If you arrive by car, you are a stranger and a visitor. This was brought home in no uncertain way in Durban and again in Mossel Bay. And not to forget the welcoming that we got from our home club.


Then it was time to greet old friends and say goodbye to the boat. My home for two months.
A last entry in the ship's log signed the boat over to the owner.

Perhaps the world will stand still now that I am back on dry ground.