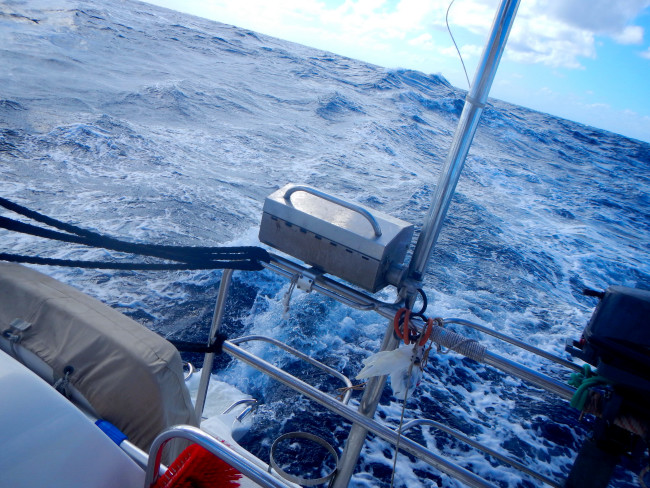 It's been a while now since my last post. We weathered a cold front, which did not leave much energy towards literary efforts.

Whatever energy we had was used to keep a level head under the circumstances. This is not easy when you take the odd wave over the coach roof on a 14m catamaran.

This sort of weather was certainly not expected in the area where we found ourselves. I rather fancied the idea that cold fronts would pass more to the south of us, stealing our wind by pushing the high pressure cell over our heads.

However, I was rudely awakened.

After three days of absolutely no wind, we had advanced about sixty miles per day, mostly due  to the currents in the Mozambique channel. Then came the cold front. 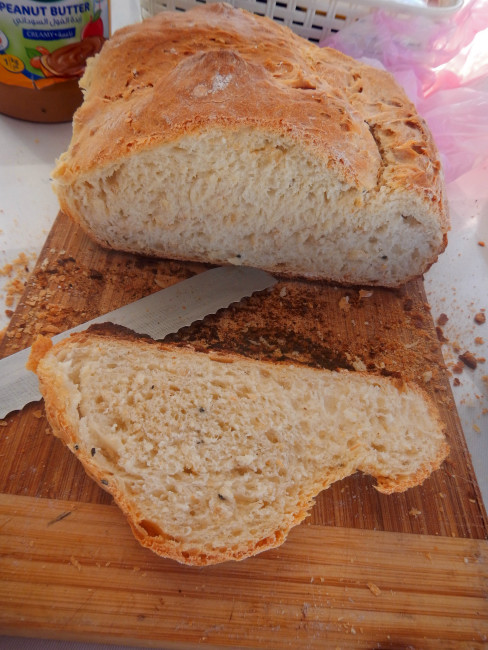 The third squall did not stop for three days. I dropped the main sail after about half an hour. The sail remained where it was and we sailed under a sliver of jib, just riding the storm. This happened during the midnight watch. By sunrise the waves had grown to over six meters.

We shortened sail some more, just so we could lie a-hull. This time we drifted about fifty miles a day due to the wind drift and the current.

The buffeting of course also claimed its toll. The saloon windows had sprung leaks again, probably as a result of the twisting of the hulls in the storm. So now we have to dry out the boat every so often.

The barometer eventually started climbing and I knew our ordeal was almost over. We rode out the last of the waves that day, then set sail again.

Three reefs in the main and a sliver of jib. The sea was still uppish and we certainly don't want to break anything here in the open ocean. We sailed along at around three to four knots for the rest of the night.

This morning we checked out the waves and the wind and decided to put up some more sail. So now we are sailing merrily along at around seven knots. The water still splashes over the coach roof, but this time it is due to our fast speed, not the wave action.

A positive difference for a change. It is now day ten of our voyage from Nosy Be in Madagascar to Durban, South Africa. We had hoped to be in Durban already, but the weather did not play along.

How many times have I written that you can't order Mother Nature around. Now I am feeling the growing pains! 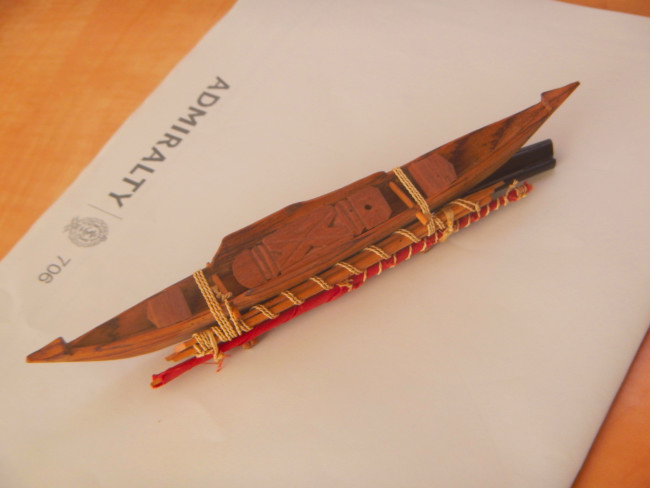 We are still having decent food on board, but for now it is limited to one cooked meal per day at dinner time. We eat snacks like a sandwich at the other times. However, it seems that none of us is really hungry at the moment. Your body complains about the constant buffeting and you lose your appetite. I make sure though, that everyone has at least one decent meal per day.

One must not allow your body to degrade to a level where you cannot think poperly. And in this weather I need all the crew I can muster. The boat is not really laid out for single-handed operation, although it is possible.

This layout has an interesting side-effect. The amount of sail carried is very much influenced by the weather and the boat's design parameters. This we all understand.

However, crew numbers, their proficiency and fatigue level also play a part in this equation. You can sail at breakneck speed, bumping through the water and slamming through the waves, but your crew will not be able to rest as much as needed. How long before there is an accident?

Then, a while later, I realise that we are going at almost ten knots through the water. The wind had changed. Mother Nature taking us home.

I have a T-shirt saying that.