Down The Mozambique Channel 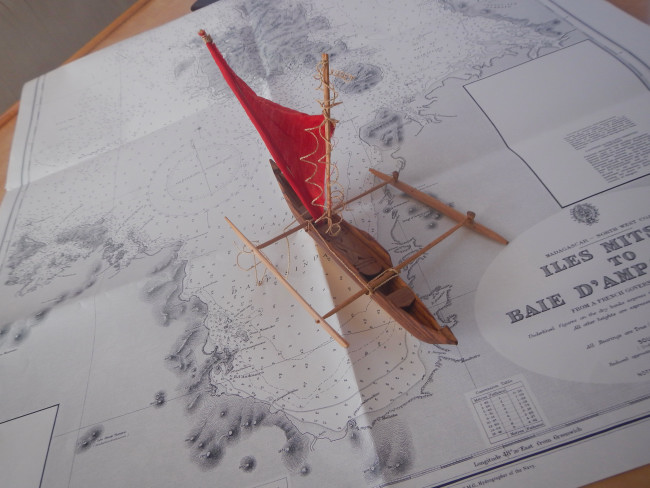 Yesterday was a day of repairs and finding out how well our repairs work.

We also made some progress into the narrowest part of the Mozambique channel. Just where Africa makes a bulge and Madagascar has a cape by the name of Cap St Andre.

We topped up our fuel from our spare diesel in canisters. I also recalculated our consumption. The repair on the main sheet was tested and found serviceable. I also lifted some of the restriction on the usage, as we have very mild weather at present.

It appears that the weather is settled into a standard pattern of a southerly wind commencing from just after midnight, backing to south-east early in the morning. Nice and steady, it blows at around seventeen knots. This wind continued through the day, dying away towards the middle of the afternoon. Then we motor.

It is here we I had to re-plan the strategy for this part of the voyage. How fast can we go for how long? We need the batteries to start the motors as well as for keeping our freezer cold. Not to mention our water maker. 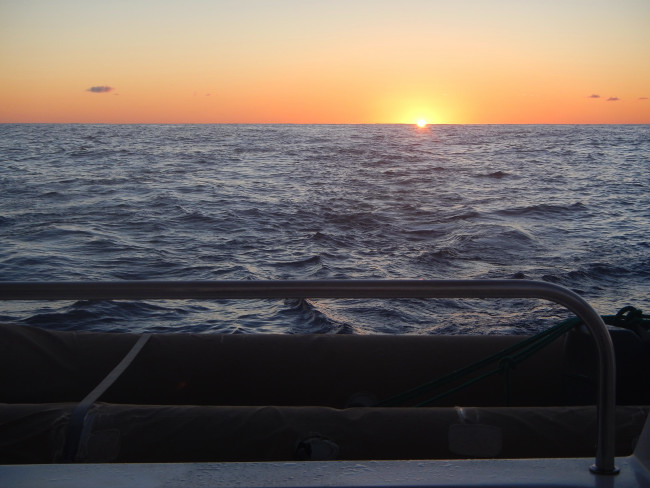 We don't carry overly much water, but have enough for the voyage plus some spare. But it does mean that we need to economise on fuel usage.

We appear to have picked up some current as we leave behind the influence of the Madagascan “mainland.” Which helps a lot.

Madagascar is an island, but it is large enough to count as mainland as far as influencing the weather is concerned. Hopefully this influence will wane as we cross to the African side of the Mozambique channel.

As of the time of writing we just on a thousand miles away from Durban, our next port of call. Home. Well, almost.

But very frustrating when you sail at seven and a half knots for half the day, then chug along at four knots to conserve fuel for the rest of the time. Daily runs are sitting at around one hundred nautical miles per day, while we are expecting at least a hundred and fifty.

The vagaries of sailing.

We plan to make a stopover in Durban to rest and recover. The boat needs some attention and tlc after my ministrations, so there is work to be done. The next leg of the voyage includes rounding of two of the four most notorious capes in the world, namely Cape Agulhas and Cape Point. And it is winter there at the moment. You want the boat to be as ready as possible before starting the voyage.

On this delivery we have the luxury of a large video screen, so movies after dinner seem to be in fashion on board. Some relaxation, forsooth.

I have yet to read a book on this voyage I have been kept busy with the captain's work, which never stops. And I have been the main cook on board as well. All of this, along with working my shifts, take up most of my waking time, so hardly any time left for reading.

I am managing my time to have as much sleeping time as possible. Which is not saying much. Normally with our watch-keeping we work three hours on and six hours off. However, in my case I have to cook dinner. So every day I have to be awake from around four-thirty in the afternoon to start preparing dinner.  I have a broken sleeping schedule two days out of three.

It takes a toll after a while. My erstwhile skipper will probably laugh. He explained this several times on our previous voyages, with little effect. It is only now that I am wearing the same shoes that the message hits home. At least I feel like I am growing into this role and that my body clock has adapted.

My sleeping pattern now is something like sleep two hours every now and then. Sum total of sleeping hours per day then comes to around eight, but in snippets. Eating sensibly and smaller portions help a lot to stay alert and mentally agile for the task at hand. 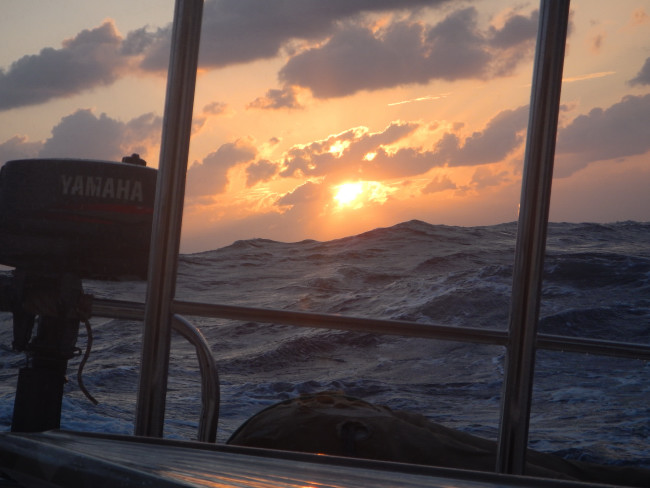 Our freezer now has some space for more fish. But that is not all. I have this idea of using some of the fresh pineapple to make a sour ferment to use as vinegar. Then we can have a lovely fruity pickle for the fish, unique to the Hungry Sailor. Spices are no problem, we just left one of the hubs of the spice trade.

I am looking forward to this one. Imagine, a totally natural and chemical free fish pickle. Organic, too. I very much doubt whether the locals use GM seeds to grow their pineapple crops. From what I have seen, they use the wild ones to restart new growth.

And not to mention fish biltong. Properly spiced and dried fish, using our own home made vinegar. The plans are in place, along with the logistics. Now all we need is some fish.

I shall start the vinegar tomorrow. We have a pineapple left. And some local rum from Madagascar to disinfect the whole lot.

Ahh, what fun it is to have creative ideas using appropriate technology!