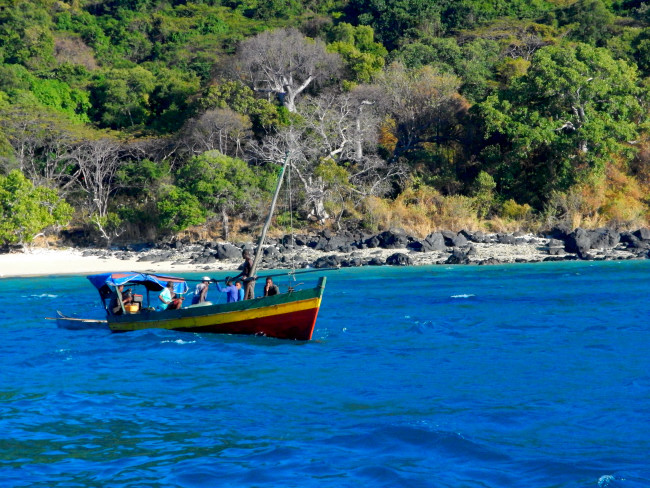 We left Nosy Anambo with its derelict lighthouse and set course for the island of Nosy Mitsio. The wind was not in our favour and by middle afternoon we had made it to Nosy Fisaka. 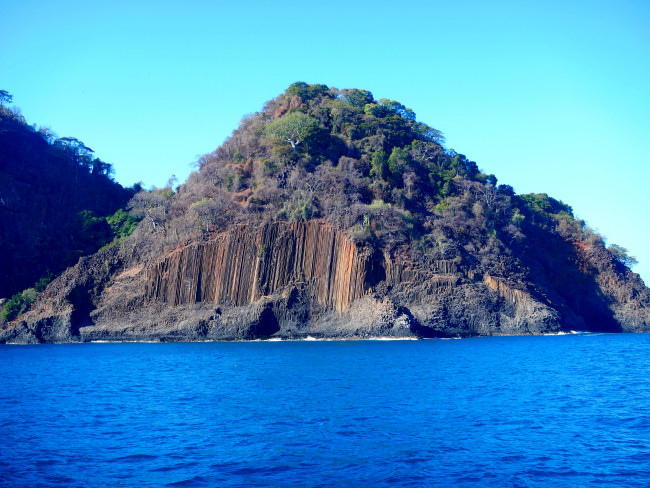 The fishing, however, was very good and we caught one large and one medium size wahoo. Needless to say, we had fresh fried fish for lunch with a sashimi aperitif.

Nosy Fisaka, the basalt outcrop proved to be a very interesting place. There were some locals fishing and smoking the fish. Two other visiting boats left shortly after we arrived. We were somewhat apprehensive, until we realised that the locals were not interested in our doings.

The night was not with out fun, though. At about ten we discovered that the dinghy was lost. Our crew had gone ashore to explore and had tied the dinghy to the aft rail. However, the dinghy was now gone and we were facing a long trip without a means to go ashore. 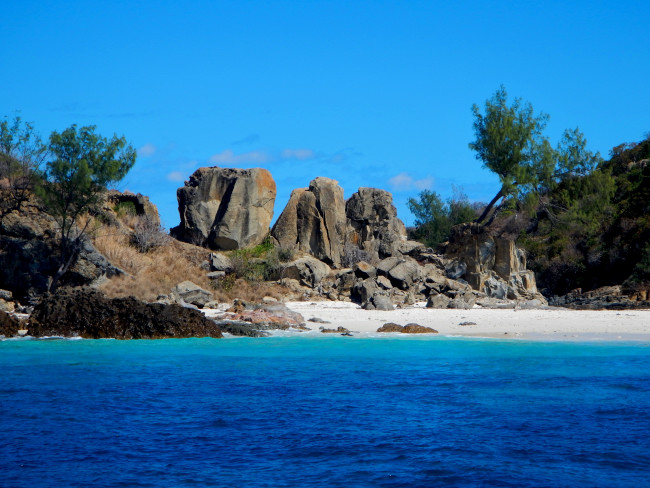 Not something to sneeze at.

We went to bed with heavy hearts, sleeping intermittently. We were all worried about burglars. Our fears proved to be unfounded, though. Just after sunrise we spotted the dinghy high and dry on the rocks.

So much for not paying attention to knots! Of course, the crew now had to swim ashore some hundred and fifty meters, retrieve the dinghy over some fearsomely sharp rocks and then paddle back to the boat against the wind. 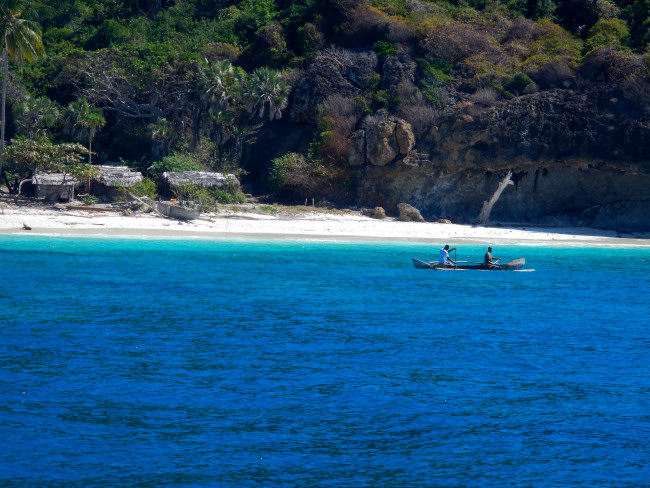 I am sure there were some choice words spoken, not for our ears.

With lifted spirits we had breakfast and set out for the island of Tsara Bajina, just to the north of Nosy Mitsio. The countryside here still looks like something out of a sci-fi movie set. Perhaps a scene from Riven, the computer game of old.

Little basalt rock outcrops stick out all over the ocean. Most have cliffs into the sea with no landing spots at all. Definitely uninhabitable.

But then some are not so big and have a small beach attached, you might say. Papaja trees, mango trees and the odd baobab tree groe on these. Some also have knee -high grass, much like you would find in the African Savannah. And the coral is just something else.

Here you have little influence from the western world. Very few people come to visitthese shores, although there are signs that this is changing. There is a hotel on Tsara Bajina. A very small one. The staff lives in palm-thatch huts a few hundred meters away in one of the most picturesque spots in the world, never mind the island. It would be one of my favourite out of the way places. Probably as far from real civilisation as one could get. With a beautiful beach of coral sand and powdered shells. 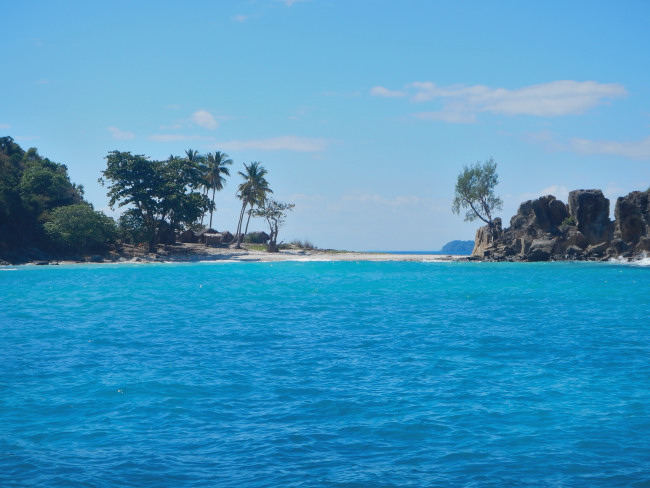 I shudder to think about the logistics of getting here other than by cruising here. I suspect they have a regular ferry to and from Nosy Be. Still, a wonderful out of way place with no tourists other than the few hotel guests.

Another place lost in time that we just found.

The main island of Madagascar is only just visible through the haze, a high mountainous country far to the east of us.  Our world has now shrunk so much, the main island feels like the mainland!

Our diet has now changed to a variety of fresh fish, potatoes and the odd salad. We have now consumed all our cabbage and would need to replenish our vegetable stock. That we can do easily at Nosy Komba, our next stop.

We went snorkelling after dropping anchor in the lee of the island. For lunch we had one of the Hungry Sailor's standard pasta salad lunches. I used a can of “luncheon ham” that I found in the pantry. This complemented the pasta, cabbage, oniond carrots and cucumber. I topped this off with some feta cheese I found in the refigerator and two or three table spoons of chopped olives. This went down very well after the snorkelling. 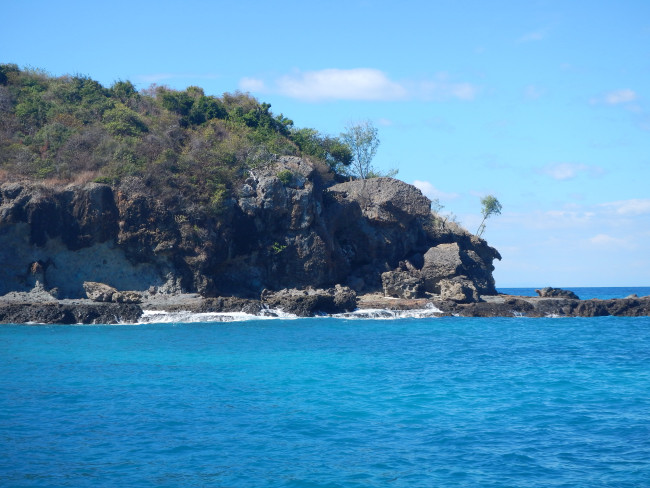 Tonight we shall have a braai. Very South African we all love a braai. And we have some pork belly from the Seychelles just for such a feast. This should go well with the sweet potatoes we have in the pantry. I need to think a bit on what else. Perhaps we shall just have this.

Our cruising pattern does not lend itself to disciplined eating!  It's OK, tomorrow we shall be able to get more veggies, then we are set again.


This cruising sea gypsey life grows on you once you give the first steps...