Day Two: Settling in with Chili con Carne and Chapattis 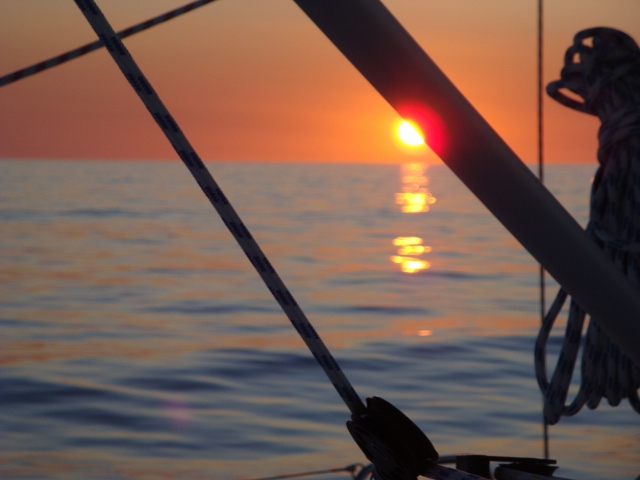 Sometimes you realise that there is a God and that He looks after you and cares for you. We left Cape Town around 06h30 yesterday morning in misty and rainy weather, expecting nothing better for the next five days. We were, in fact, expecting heavy seas to boot. And what we encountered was beyond our wildest dreams. 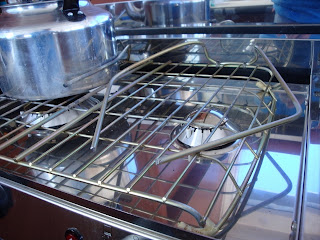 The sea was flat calm, no wind to speak of and the visibility was good to very good from about a mile out of the breakwater. We carried on to motor for the rest of the day, dodging the odd big ship, until 23h00 last night. Then the wind came up. We were just past Saldanha Bay on the West Coast at the time. The wind was on the starboard quarter and blowing at a steady 15 knots, about 35 km/h for the land lubbers. It has since picked up to around 20 to 22 knots and we have been able to sail at a steady 6.5 knots since 11h30 this morning.

Talk of a blessing.

Last night we started our experiment with growing sprouts. We chose alfalfa because it apparently grows the easiest. One teaspoon, levelled, of seeds was washed and then soaked overnight in lukewarm water. This morning I washed them and they are now quietly germinating. Hopefully.

Tonight is my turn at galley duty. I am making a chili con carne, served with chapattis. We don't have the right flour to make tortillas, but making chapattis is easy.

These little Indian breads are made without leavening. The ingredients are bread flour, water and salt. And the little vegetable oil or ghee that goes from your hands to the dough during the kneading. For this lot I used white bread flour, but you can use any wholegrain flour. 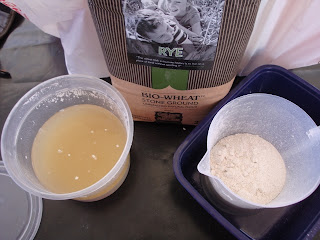 The salt and one cup of flour is mixed thoroughly, then water is added a little at a time to the maximum of one cup. Smear one hand with oil or ghee, then use that hand to mix the water and flour to make the dough. The dough will become a soft ball after some mixing. If it doesn't, add more flour until it does. The dough should pick up all the flour from the mixing bowl. Once it gets to that state, take it out and knead it on a hard surface. The kneading is done in a very specific way. You flatten the dough ball, then fold the edges inwards, following around the ball. This will capture air bubbles in the dough that will allow it to rise during the baking process. The dough will become increasingly stiff. Carry on kneading for another five minutes, then set the dough aside, cover to prevent drying and leave to rest for at least twenty minutes. I was on duty this morning, so my chapatti dough have rested six hours. 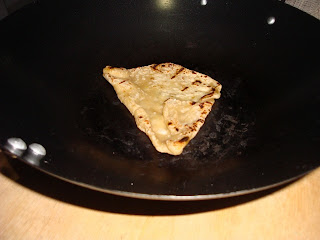 Now take the dough, knead it some more, then roll it into a long cylinder of about 50mm thickness (2 inches). Cut the cylinder into sections of the same as the thickness and roll each section into a ball. Each ball is now rolled out thin, smeared with a little oil, dusted with some dry flour on top, then folded inwards from the edges and rolled out thin again. One outside is then smeared with ghee or vegetable oil and baked in a dry pan until it starts to make bubbles inside. The top is then smear with oil, the chapatti turned over and baked on the other side. When it looks done, the pan is taken off the stove and the chapatti put directly over the open gas flame. This will cause it to puff up and only takes a few seconds. All of the above takes about five minutes, from the rolling out of the dough ball until it is cooked.

This recipe is similar to what I have made before. The ingredients are as follows: 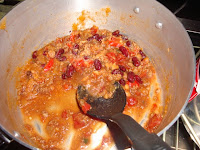 The method is easy. Fry the coriander seeds in the oil until the flavour comes out. Then add the chopped onion, sweet chili, garlic and hot chili, Fry these until the onion goes glassy. Then add the mince, Fry until it goes brown, then add a dash of soya sauce. Add the tomatoes, then simmer for ten minutes or so. After that, add the beans and cook until everything is properly hot. Mix thoroughly. Turn off the heat and let it stand for ten minutes to develop flavour. I use the simmer and standing time to cook the chapattis.
That's it; a one pot dish that is easy and tasty. The chapattis make a welcome change from other side dishes and it is fresh bread.