Photography: How To Get Out Of Your Zoom Lens Rut 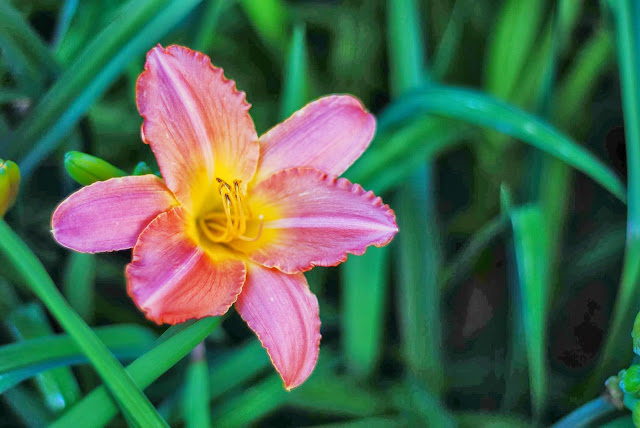 And get lucky in the process. You never know.

We all go through this every once in a while. You get in a rut. Using one favourite zoom lens for all the shooting. 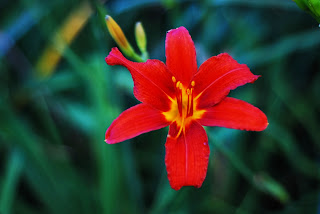 Don't get me wrong. I am not against using standard type lenses for certain work. I am also not proposing that my examples are correct or wrong. What is happening is a slavish following of what the press says and no application of your own mind. Following the crowd, perhaps. That is the issue we are discussing

I am seeing more and more people carrying DSLR cameras, using them in point and shoot mode. A compact camera would have been a better bet, but fashion dictates otherwise.


But this is not the real problem. The real problem is that we all, to a certain extent, use but part of the capabilities of our equipment. Include your tablet and cellphones here. This introduction is meant to illustrate the extent of the rut we create for ourselves.

Coming closer to home, I also suffer this malady from time to time. Some years ago I made it a compulsory exercise for myself to go out and use other items in my small inventory just to keep the hand in. so to speak. 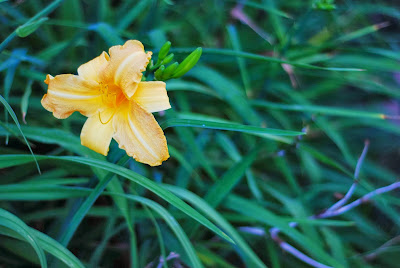 One of the exercises is to take a fixed lens and shoot an essay using only this lens. Zoom with your feet. Thirty minutes maximum. Then narrow the options down by choosing some interesting part of the day or some interesting subject. In this case I did both.

But even with this simple equipment I found that I was increasingly using the two zoom lenses and that the fixed 50 mm lens was lying idle in the camera case, gathering dust. So the forced exercise was to make an essay out of images of the flowers and other things in my garden. After sunset, with dusk setting in fast. We were living in Pretoria at the time and it was around six in the evening. The sun was below the horizon already and darkness was closing in fast. 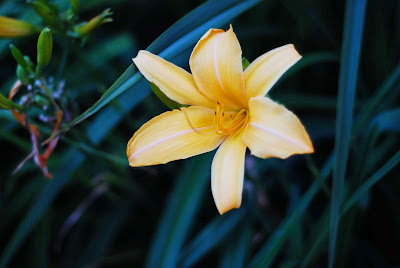 Some excitement into the fray.


I chose the fixed lens as the main challenge and also because I was forgetting how to use it and what images one can get. And the object of the exercise is exactly to keep at the game and understand your equipment. And besides, this little lens is a gem in the sharpness of the images I get for the price that I paid. Almost like an open trade secret that we all forget from time to time. In a manner of speaking.

I opted not to use the flash, as the experiment was to create images using the available light. Another learning experience. Of course, use of the tripod and cable release were mandatory in those conditions. I also shoot exclusively in RAW mode, as this gives me post processing advantages in that I get the image straight from the camera with all the lines very well defined. No internal dithering or such like to compress the images. That I can do myself in ways that I decide.

I used a copy of Lightroom on a friend's computer for the post processing capability and forced me to concentrate on what I was doing before pressing the button. 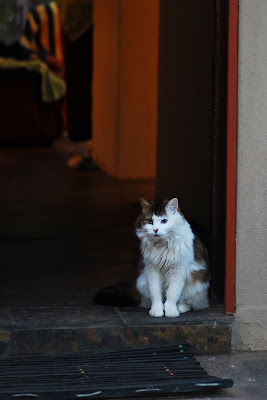 Needless to say, there was a lot of experimenting on the day. Flowers are relatively easy to photograph, but not in low light in a breeze. Luckily the breeze kept still for long enough to get some decent images. I also managed to photograph one of our cats, who mercifully sat quite still for long enough to get an image. Normally they would be chasing insects or each other at that time of day, making it almost impossible to get in a shot. They also do not like the shutter noise from the camera and keep on dodging me when I have the camera in the hand.

The essay resulted in everything that I expected, and then some more. The images were sharp where I intended them to be, quite colourful with vivid colours, even in the low light of the dying day. The compositions were what I intended them to be, so there was hardly any cropping to be done. Less post processing required and I get the full advantage of all the pixels in the camera sensor.

I can live with that.

And then there was one little white speck on a red flower that I could not fathom where it came from. Zooming in during the post processing revealed a gem of an image, requiring only a little sharpening for the full effect. 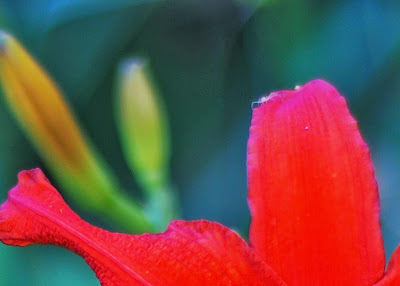 A tiny white spider standing in a very aggressive stance, facing the camera straight in the eye.

This made the whole exercise worth more than I expected. A large reward for the little extra effort of compiling the photo essay.

You never know what you may get when you pose these challenges to yourself. And quite a worthwhile exercise in general. It certainly widened my perspective on my equipment. No pun intended.

What are you doing to get out of your mental rut?

All the pictures of the flowers were taken with a Nikon D80 camera using a 500mm/f1,8D lens, center weighted metering, manual mode, ISO 125 and shutter at 1/40 second. The photo of the cat was taken with the same camera, the ISO set at 200, 50mm lens at f/1.8 and shutter speed at 1/30 second. The light held long enough to complete the essay.