The Next Sourdough Experiment: French Loaf 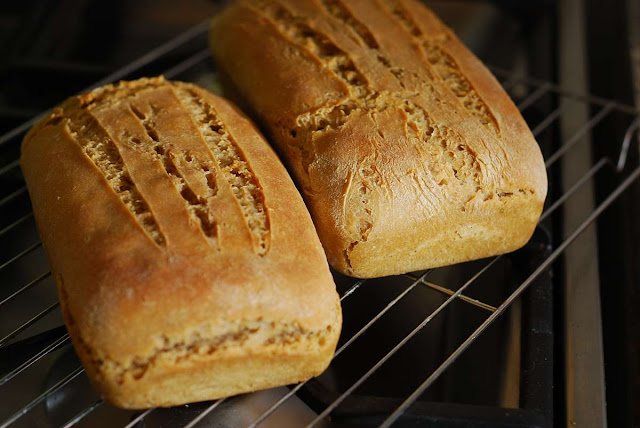 After my last lost argument with my oven, I decided to walk the straight and narrow path of using a recipe slavishly.

Well, that is until I realised that in this oppressive heat in the Western Cape region, room temperature is actually around 30ºC, not 20ºC like the recipe requires for the first part of the rise. And how does one tell the amount of water in the starter?

Well, this is life, I thought and just carried on regardless. The elevated temperature will make the dough rise faster, but I may lose on some of the leavening and perhaps have a different flavour. This was my reasoning at any rate.

I opened my copy of Classic Sourdoughs, Revised by Ed and the late Jane Wood and picked the basic French loaf. This time I would win the argument with the oven!

True to expectations, both the starter and my basic sourdough overcooked from vitality in this heat and were running all over the counter-top. They like this weather!

The recipe is very basic, using salt, flour, water and the sourdough starter. The dough mix is reasonably soft. This lot rose very well overnight. I then kneaded it down after allowing a two hour rest in the open. Another half cup of flour was added because the dough sagged too much in my estimation. 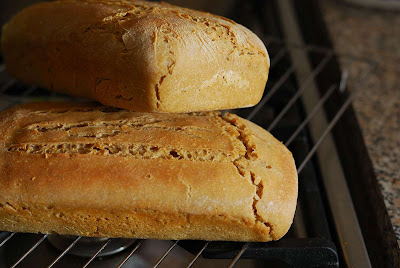 The dough was then split into two to make two small loaves. Our consumption of bread is so low that a large loaf goes stale. Going this way I can freeze one loaf.

The loaves were then put into the oven, covered with a wet cloth and allowed to rise for another four hours. I switch the oven on to about 40ºC /100ºF to boost the rising a bit.

This time I won the argument with the oven. The loaves have decent fermentation bubbles, a soft crumb and a nice chewy crust, not too brittle. And the flavour is perfect, just a tad of sourness from the rye and the dough fermentation regime I followed. 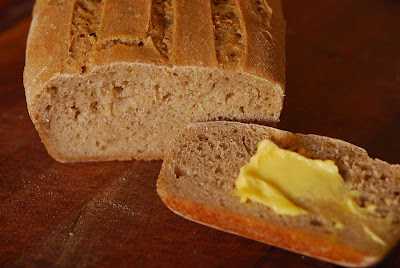 Perhaps I should pay more attention to detail, methinks.