Fast Sourdough? The Next Argument With The Oven 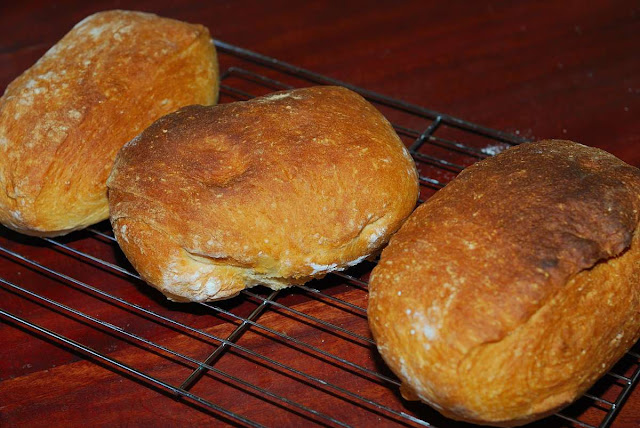 I recently made another white bread loaf. Two, actually. I make two small loaves, otherwise one large one go stale long before we can finish it. There is only two of us.

I have often considered to make my cooking part of a community project by giving away the excess food to worthy causes or people who also may be struggling to make ends meet. The problem is a logistic one. I need to identify people, then get the food to them. This is a problem in my neck of the woods. But I am making headway.

Back to the baking and the argument with the oven.

I did everything that was required. Washed the sourdough, made a starter, feeding it properly. Waited until the starter had risen properly, then made the main dough mix. This was left for the requisite twelve hours to rise. This happened overnight, as our day temperatures are quite high. The sourdough responded magnificently and rose to more than double the volume.

This was kneaded down and left for the second rise of four hours. This was during day time, so I had a more elevated temperature for this rise. The dough again performed well and rose to more than double the volume.

This was meant to be ciabatta, which requires a very soft dough. So far so good, I had a soft dough that rose well.

This lot was then chopped in half and shaped to my taste, two oval shaped loaves, much like a pair of oversized bedroom slippers. These loaves were left to rise for another two hours before I turned on the oven.

The idea was to bake the loaves on an oven tray. My oven has a fan, so I turned this on along with the bottom element. After allowing twenty minutes for the oven to heat up, I popped the loaves in, added the requisite cup of water in the bottom of the oven and closed the door.


I wisely decided not to take pictures of them.
Fiddlesticks!

No proper air flow in the oven with the oven pan. OK, then I shall use the bricks again.
We did not have any bread in the house, so I had to make a fast plan. Out came the white bread flour and the instant yeast. No sweat, the dough performed as required. This dough was very wet, as before. It rose well, even in the hot summer weather we have at the moment.

The oven was turned on and left to heat up like before, complete with the cup of water in the bottom. This time I turned on the top element only. After waiting twenty minutes I popped the three small loaves into the oven onto the hot bricks.

This effort met with more success and I had three very nice loaves. Except that the bricks were not hot enough and the loaves were somewhat under-baked where they touched the bricks.

The lesson to learn here is that the oven behaves differently when using the fan. Also the heat distribution is different when using the top or bottom element, even with the fan running. So chalk up another caveat in a sea of caveats when entering the wonderful world of sourdough baking.