Finding An Island In The Dark 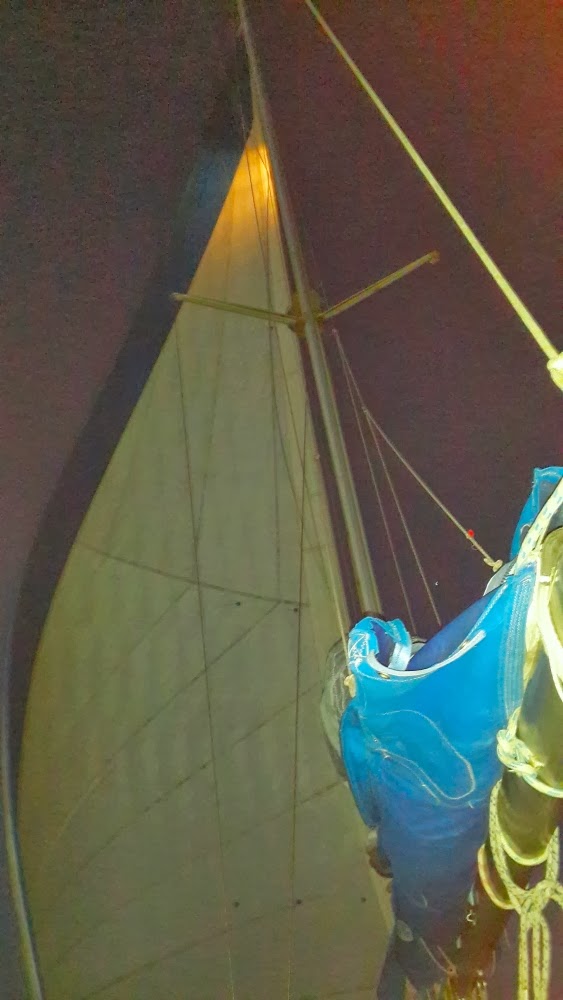 This last week on the water was filled with adventure of note. And not only in the sense of sailing.

We started out with the engine on the boat being replaced, having broken a crank shaft earlier. Which meant no sailing for the first day. However, this was no deterrent, as the students were all keen to go on an overnight voyage to Saldanha Bay, some sixty odd nautical miles north of Cape Town. Along the way there is also Dassen Island, a small island off the Cape West Coast of South Africa, about thirty odd sea miles from Cape Town. This island was to be used as an alternative port as part of the passage plan.

So passage planning was at the order of the day, along with a provisioning plan. The students did  well, buying the food and with a properly thought through passage plan.

We left the port of Cape Town just after lunch on the second day, in a howling southeaster and under reduced sail. The wind was picking up, however, so we shortened sail even more before packing away the main sail about an hour into the voyage. We continued sailing under a much reduced genoa, making way at around seven and a half to eight and a half knots. Good sailing with a big swell running. The swell in this area gets to be muddled, as the big swells from the deep Atlantic roll in from the south west, rebounding on the shore and making a washing machine-like muddle between Robben Island and the main land. Not very comfortable and a bit taxing on the helmsman.

All good experience, though. The muddled swell subsided a little as we progressed to the north, making things a bit easier on board. The wind also abated as we sailed out of the funnel effect around Table Mountain, easing the work load more and allowing us to increase sail a little.

And then we literally sailed into the sunset. This was a first to all of the students, not having sailed at night before. The sailing is actually not that much different, as we were on a broad reach. The difficult part is to get your head around it, so to speak. One can argue that the sea stays the same, the only difference is that you cannot see that much any more. And we were far enough away from land to see Venus making a light path on the water, the stars hanging in the air  light house like small Chinese lanterns.


I wondered whether the students would rise to the occasion and be able to carry on with navigation by non, electronic means. My fears were soon wafted away by their enthusiasm. By the time the moon rose, I allowed them to use the GPS.  The bright moonlight made seeing land marks ashore difficult in the haze.

Then it was my turn. We found the Dassen Island in the dark and now it was my turn to pilot us into House Bay at the northern end of the island. We had decided earlier to anchor overnight and sail back the next day, as our time had run out for the longer voyage to Saldanha Bay.


This was a first for me as well. I have been to the island before. Also navigating there in the dark and arriving at around 22h00. Our instructor at the time them piloted the boat into house bay where we dropped anchor.

But this time the roles were different and it was my turn to do the piloting. The moon was up and high enough to light our way into the bay and shelter from the big swell and the southeaster. The GPS is a wonderful instrument, but the moon gave us enough visibility to enter safely. There is no replacement for situational awareness and common sense.

A wonderful thing it is, to find an island in the dark. And one grows emotionally. All of us did that night.

Then it was the students that made a gourmet spaghetti Bolognese, complete with some chilli and a heap of garlic.

After dinner an anchor watch was arranged and the rest of us went to sleep. A peaceful sleep, being rocked gently on the wavelets coming into the bay.

The next morning saw us into serious fog. Visibility was down to about one hundred meters and decreasing. However, after breakfast the sky cleared a little and visibility increased to about half a mile. This allowed us to exit safely from our anchorage and set sail for home.

The wind had changed to north west during the night, but it was very light still, with a weak cold front passing far south of us. The seas were almost flat calm after the wind of the previous day.

The cold front and its effects posed the next challenge to the students, having to navigate by dead reckoning in misty conditions. Only once or twice during the voyage home did we see land. In fact, we only saw Table Mountain shortly before calling Cape Town port control to ask permission to enter the harbor. 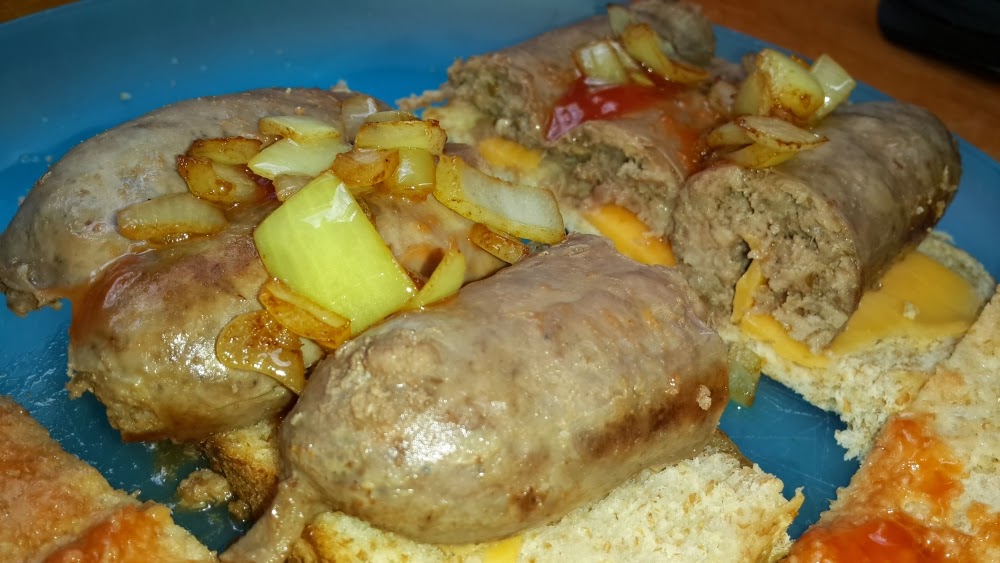 And we had boerewors on toast for lunch. Wonderful fare again.

The last two days were spent doing small stuff like docking and close quarter work, the last day being used for man overboard (MOB) drills. The south-easterly had come back with a vengeance and we had lots of fun practicing the drills under shortened sail.

A wonderful way to end the week, I imagine. The grinning faces and tired bodies said it all.

And all of us aboard found another island in ourselves in the dark. Perhaps the dark even cleared a little. A friend once posed the question of whether there actually is dark, or is it just that someone had switched off the light.

It would bode us well to keep this in mind the next time we see darkness. There is a lot of fun to be had finding the light switch in the dark.