The Lore Of Sailing 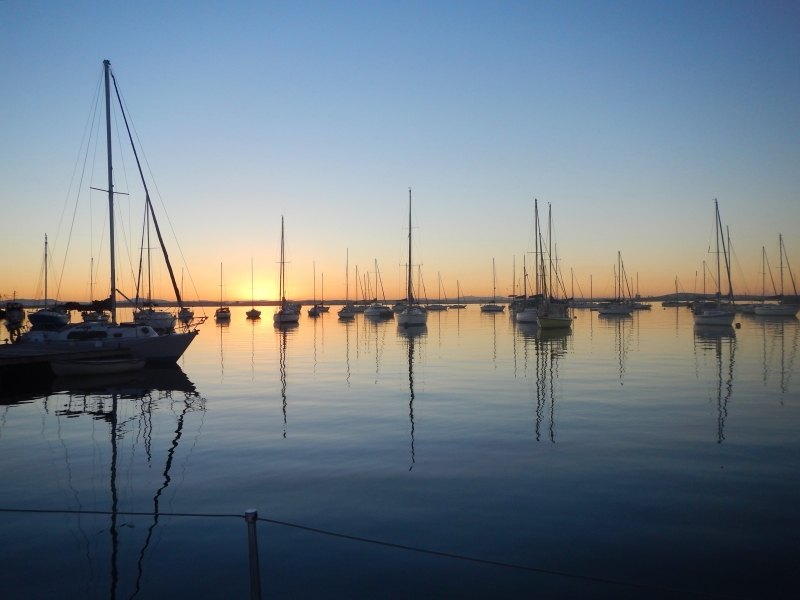 Ever wondered why so many people fall in love with sailing?

I think it is the images of idyllic beach scenes, blue water and flat seas. Wonderful sunsets, some white clouds and an image of a sail boat sailing off into the distance. Or anchored a short distance from the shore. Adorned with athletic, sun-tanned bodies. Scrumptious food on the aft deck. 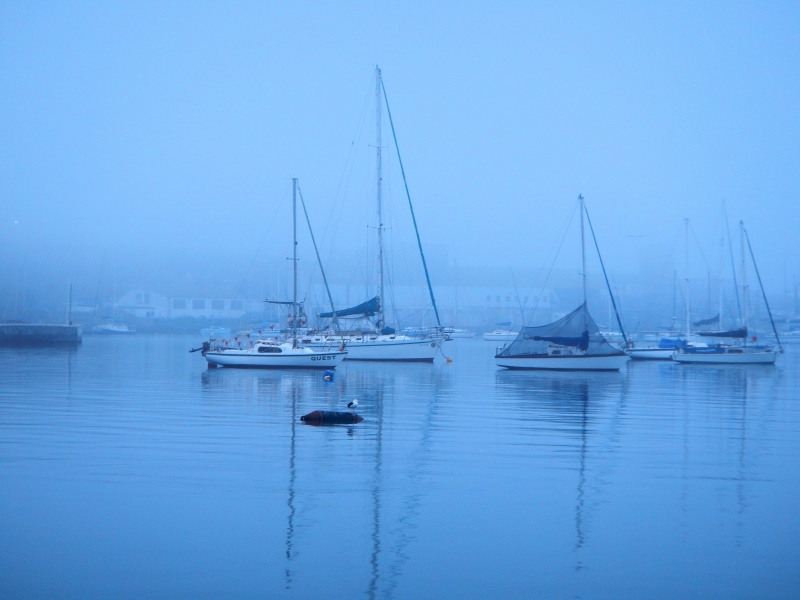 The last two weeks were yet again taken up with sailing along with students. Not too much coach­ ing though, mostly due to extreme weather conditions. It is the Cape of Storms, after all.


The scheduled booking allowed shuffling of the timetables and we took advantage of this. Which saw me in Saldanha Bay and Langebaan area for two days, then the voyage back to Cape Town.

Having said that we live at the Cape of Storms, we don't have storms all the time. And when the storms abate, there is magnificent weather with the associated beauty of nature around us.

This was yet again brought home to me on the voyage from Saldanha Bay to Cape Town, a distance of some sixty nautical miles. On this occasion we had no wind, open skies and blue seas. We saw seagulls, Cape gannets and some cormorants. Jackass penguins diving and scurrying as we ap­ proached. A whole flock of seals. 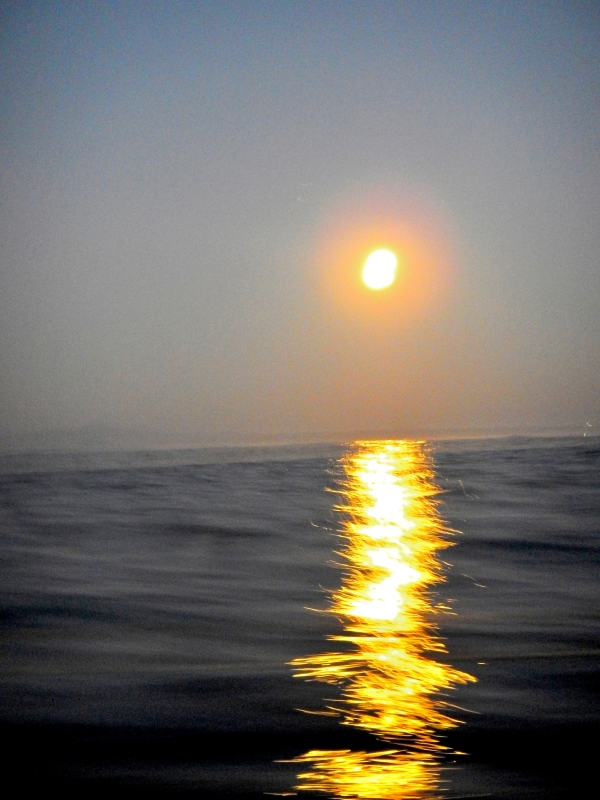 Is that the right word? 'Shoal' doesn't sound right, 'bob' sounds too small and 'herd' sounds like cattle. There were probably more than fifty of these animals. It appeared that they may have been hunting as a group. They were jumping out of the water making belly flops, unlike their normal por­ poising for breath. And of course the sea birds took advantage of this. They joined in the glut, diving into the water for a morsel.

We also saw a dolphin or two, surfing the slipstream of the rudder and the boat's bow wave. These animals will jump out of the water to attract your attention, then they will frolic in the bow wave and the slipstream of the rudder. Performing a dance that is indescribable in it's intricacy. Then they would disappear suddenly.  Almost as if to say that our company is too boring and they are now done with the visit. It must be wonderful to have the freedom of choice that they have in terms of association.

The cherry on top was the whales. I have always seen whales along this section of the coast. These huge animals don't dance, they just come alongside the boat, look at you with a beady eye, then they sound and disappear. An immensely satisfying experience, until you realize that these animals are at least twice the size of the boat. Then you get scared. Normally too late, as the whales will have dis­ appeared by that time. Luckily these giants of the ocean are not really aggressive. 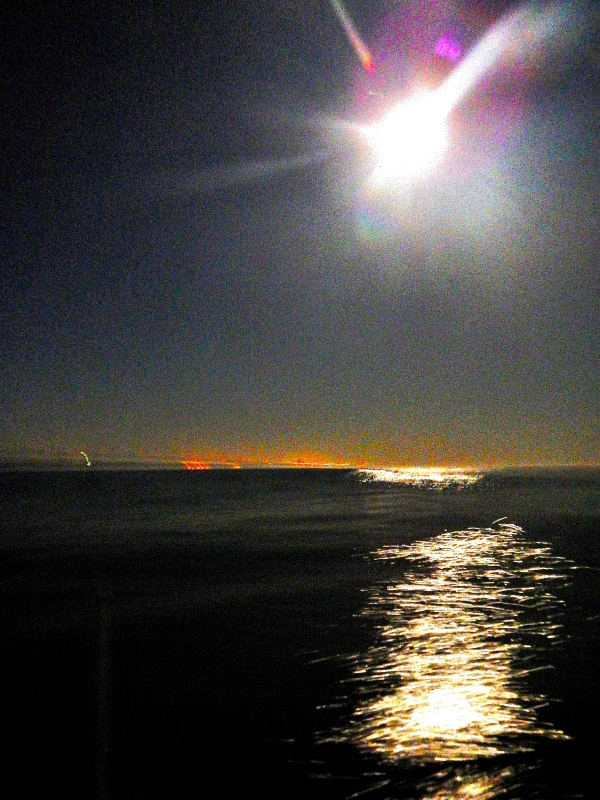 The views of the land seen from the boat of course are just something else. This is not something that one sees every day. And normally you would be driving by in a car, speeding along and having a very quick impression of what the countryside looks like. Things are different in a boat. A sail boat goes along at more or less six knots, depending on the wind. Therefore a journey of two hours by car for the hundred and eighty kilometres from Saldanha to Cape Town will take about twelve hours by boat.

You have lots of time to see the sights and contemplate the beauty of Nature. We travelled on the day of the full moon. We saw the moon rising over the mountains of the Boland region, making a light path on the glassy smooth seas. In fact, the moon is so bright that it obscures all but the bright­ est stars. Combine this with the city lights along the shore and you sit with an idyllic environment, albeit quite cold. The water temperature around this neck of the woods, so to speak, is around thirteen degrees C. This cools the air too. But a jersey and a proper wind jacket does wonders.

The four of  us on board were silenced by this wonderful sight. We just sat there and drank it all in.  Two of the crew were on competent crew course, so they got a chance to steer by the stars. Get a course to steer from the skipper, turn the boat in that direction, then look for a star straight ahead. Keep the boat pointing in that direction, aiming for the star.


Yes, the star will move in the sky as the earth rotates. But it is good enough for the next hour or so. A wonderful adventure, sailing at night. 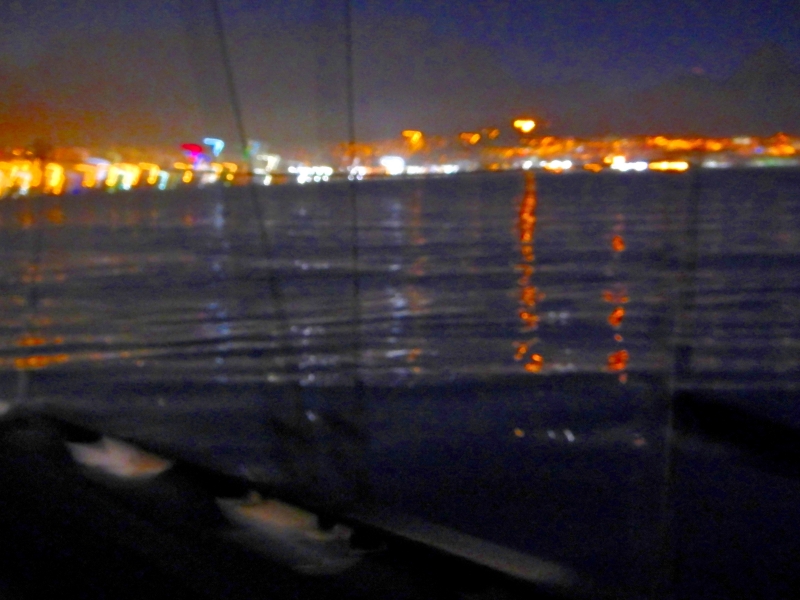 The whole experience is just overwhelming. To me it is akin to having a very long meditation exercise. Your whole being and senses are enveloped in this cocoon of peace.

At the end of the voyage you are quite rested emotionally, if a bit tired physically. It is times like these that one just sit and enjoy the experience.

And give thanks to your Creator for the ability to enjoy this.