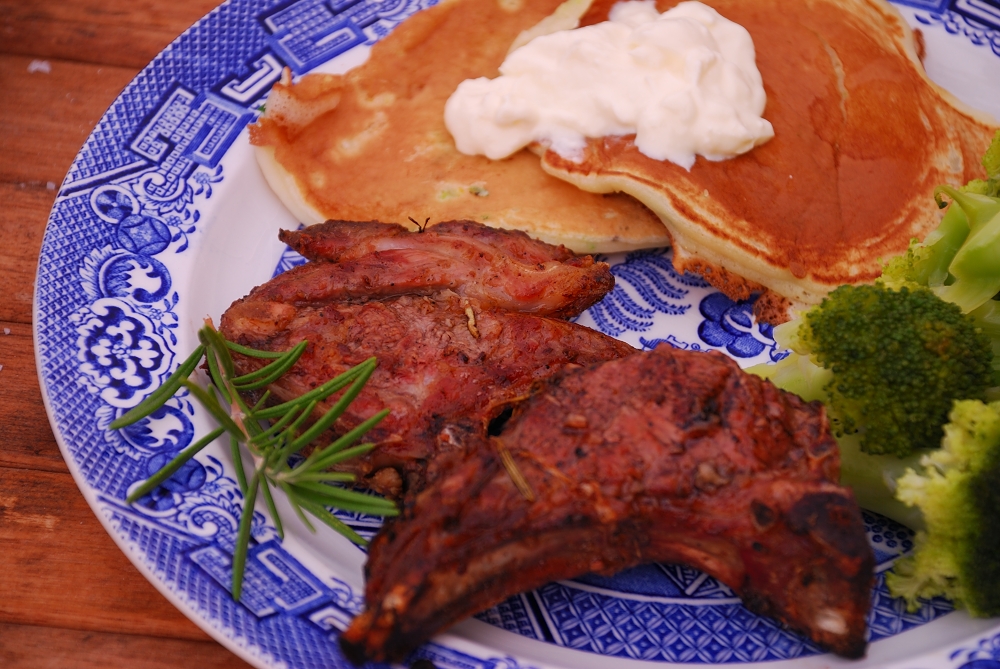 I like lamb chops on the braai. But forever the meat is overdone by the time the layer of fat on the outside is done properly.

Then the chops are definitely not OK. Cooking them until the meat is to your taste leaves the fat still mostly underdone. The chop is also then too fatty to my tastes. Even though we tend to the Banting side of diet, we still eat less fat than the French, I think.

So here was an opportunity for some real creativity in preparing food. After some deliberation and much consumption of red wine and, especially at this summery time of year, lots of beer. Specifically around the braai fire. South African men treat the braai and their methods like a religion. A very serious subject indeed.

I think that the late professor Marthinus Versfeld, one of the most noted philosophers of South Africa, had it right. He reckoned that this passion for cooking meat on a braai is a leftover from primal days where our pagan forefathers regularly built an altar and offered meat to their gods. Even the Bible states this, adding that the meat was then consumed by the people. This now after the gods that be blessed the offering. Even so for the fledgling Christians of those times. The first murder also was perpetrated as a direct result of a dispute arising from an argument ensuing during a braai.

We need to heed these things, they play an important role in our daily lives.

While the braai itself is very important, the end result is even more so. Imagine dishing up an overdone lamb chop to your loved ones. My wife will simply not eat it. These disputes then rage long after the braai.

So, as you will understand, this subject is very near and dear to my heart.

Preparing meat on a bed of coals is not a simple matter for some. In this case, the answer was not that difficult. In the end, the trick is to understand heat transfer and keeping the soft parts of the meat away from heat until the fat is done to a nice crisp state. Then the meat part is done. A two stage process.. Once I had figured this, the rest was easy. You assemble the chops back to a block as for a roast. Use some kebab skewers. Or you buy a roast from the start. For this experiment I used a lamb rib roast.

Pat coarse salt all over the outside of the cut, then put it fat side down over very hot coals. Use a can of water placed among the coals to help with preventing flames. The steam will displace some of the air, so this helps. Make sure you don't scorch the fat, it will go bitter. Braai the cut on all sides. The bony parts may be well done, it is OK. They keep the heat away from the inside.

Once the fat and both bony sides are done to your satisfaction, you take the meat off the fire and cut it into chops. Or remove the skewers.

Now is the time to spice and salt your chops with your favourite braai salt or other condiments. I opted for a Spanish style basting. This is made with equal amounts of freshly crushed garlic, olive oil and red wine vinegar. If you don't have red wine vinegar, use normal vinegar and add a dollop of wine from your glass.

Baste regularly and royally. This activity forms part of the psychological warfare that you wage against the rest of the neigbourhood downwind of your braai, so take care. Also, if you make a mistake here, the whole neigbourhood will know, even upwind of where you are. I don't know how this works, I just know that this type of bad news travels in weird directions.

By this time your coals would have cooled down sufficiently to make the rest of the cooking process a cinch. Cook the meat to your taste, then remove to the side of the coals to keep them warm and allow them to repose. This will help to develop the flavour and allow the heat to disperse evenly through the meat. The colour of the meat will also go to red as opposed to being a dull, unappetising grey.

I served this with blinis and sour cream, adding some steamed broccoli. Nothing to be scared of, a blini is a form of Russian bread. There is a gazillion recipes on the internet. My version was making a basic flapjack batter, adding grated baby marrows and some chopped grass onions. Spices were some coriander and cumin powder, salt and pepper.

These were baked in a dry pan, scooping spoonfuls of the batter onto the hot pan. These you can do beforehand, they warm up nicely afterwards. Dish up with some sour cream and onions, tzatziki or the like.

The meat is quite rich, so beware of mixing this with red wine and beer.

There, you are done. This dish goes well with a full bodied red wine. 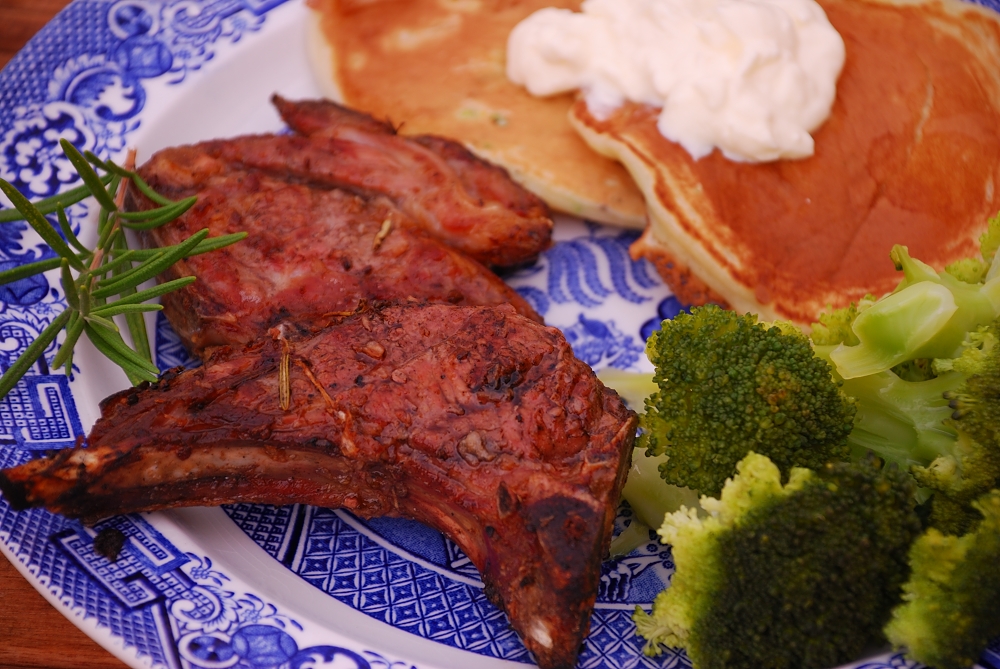